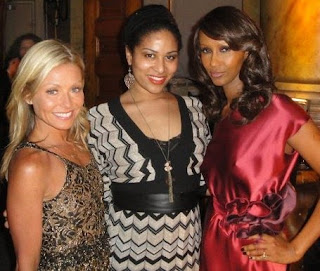 Last night the Point Honors was held at the beautiful Capitale in Manhattan, and was hosted by Kelly Ripa and Sam Champion. The Point Foundation helps LGBT people finance higher education, as well as linking them up with mentors and professional development. Andy Cohen and Colonel Grethe Cammermeyer each were honored, as well as Johnson & Johnson 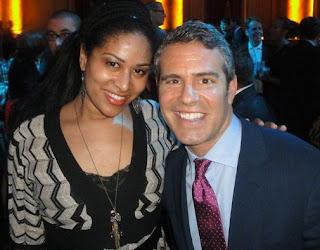 Joelle Ruby Ryan, a friend of mine, was actually Point Foundation's first scholar from the transsexual or transgender community. I asked her about her experience with the organization, and she tells us, “I was in the final stages of writing my dissertation, and had run out of University funding. It was the support of Point that allowed me to complete my dissertation and receive my Ph.D. in 2009. I was unbelievably lucky to be mentored by transsexual pioneer Lynn Conway. As transsexual and transgender students and scholars, we often struggle with multiple challenges in order to finish our education. From familial rejection, to employment discrimination and economic hardships, to accessing culturally competent medical care, accessing higher education can seem like an unattainable dream. That is precisely why organizations like the Point Foundation are so vital: they provide a life line for those of us oppressed by transphobia and offer us the tools to go on to successful and rewarding professional lives.” 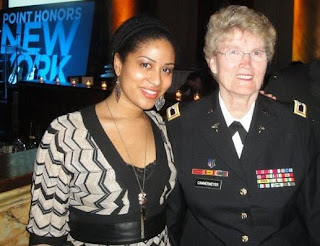 The Point Legend Award went Colonel Grethe Cammermeyer for her pioneering work in ensuring gays and lesbians could serve openly in the military. 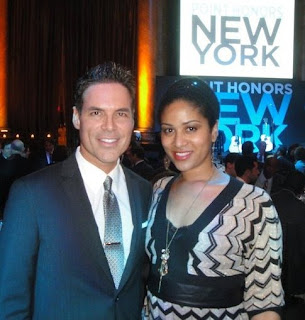 Jorge Valencia, Executive Director & CEO of the Point Foundation, tells Trans Forming Media, “The harsh reality is that many high school students are marginalized and endure bullying daily just to be able to get to college and begin their adult life where the environment is very likely to be more accepting. Yet, financial hardships and no family or community support can jeopardize that goal. And this is where Point comes in and becomes so relevant to the future of our society. We not only provide financial support and leadership training, we also provide mentoring, through the building of inter-generational partnerships. By lending their professional expertise and career guidance, Point Mentors become important role models and friends to our scholars, while meaningfully broadening their own experience.” 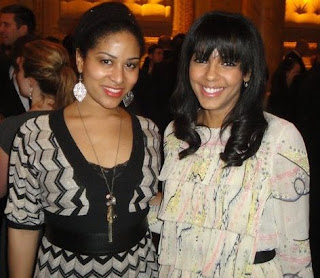 Actress Marsha Thomason presented a Point scholar with an award

I ran into a pal from Los Angeles, actress Marsha Thomason, who plays a lesbian character on White Collar. She starred on TV shows ‘Lost’ and ‘Vegas’. She presented a scholar with an award. Thomason tells Trans Forming Media, “I was thrilled to be asked to take part of Point Honors tonight because they provide such a wonderful service to the LGBT community. These are kids who are disenfranchised who can now have higher education. I think that’s very exciting and I’m happy to meet some of the scholars tonight as well.” 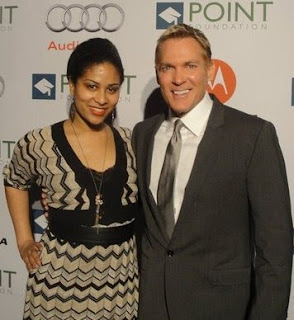 Sam Champion (Good Morning America) was co-host of the event 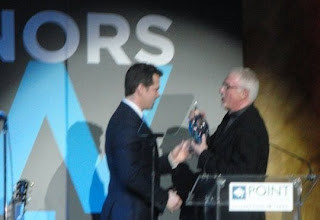 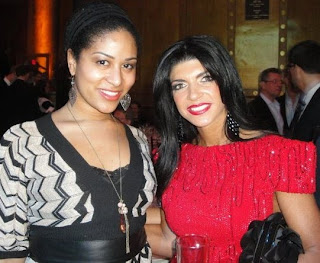 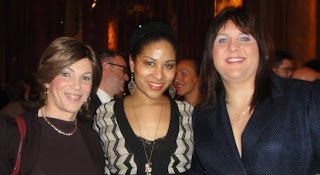 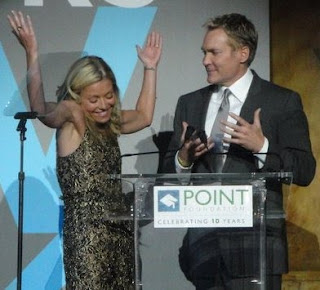 Kelly Ripa and Sam Champion were an entertaining duo! 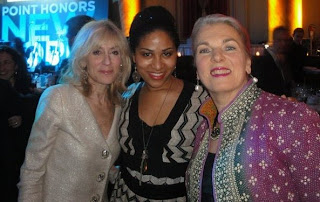