Today NeNe Leakes Exposes Self-proclaimed "Anti-Bullying Ambassador" Wendy Williams for Actually Being an Anti-BlackFemaleSolidarity Advocate: “You…constantly speak negative…and lie. You…spew...hate! When it comes to gossip you are the lowest of the low!” 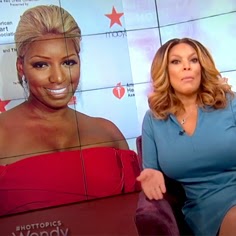 #SomeoneHadToSayIt - Today NeNe Leakes﻿ called out Queen Mean Girl Wendy Williams﻿ for using her platform to ridicule and bully other African American women, among other communities.

However, because Williams raises money for GLAAD﻿ (former anti-defamation group gone disingenuous PR company), they now call her an "anti-bullying ambassador" (more accurately an anti-BlackFemaleSolidarity advocate), despite Wendy bullying other women, people of color, LGBT folks, etc, as well as previously outing gay entertainers when she was in radio, and her many transphobic comments which include misgendering women of transsexual history and mislabeling their heterosexual boyfriends as "gay men".

Nene had enough of Wendy hating on other Black women and called out Wendy's hypocrisy, jealousy and bullying on her blog:


"Wendy I am sure people think that I’ve done something to you, maybe we had a beef or I slept with your man but none of that is true! … But what you have chosen to do is constantly speak negative of me and lie on me!...What you need to do is stop spewing hate! When it comes to gossip you are the lowest of the low! I know you hate...I have a clothing line on HSN coming out in a few days... it must be hard for a black woman to support another black woman but you should try it sometime." (full quote in following link)

I hope GLAAD doesn't allow Williams and her publicist to bribe them to be their "anti-bullying ambassador" again this year: http://www.glaad.org/blog/watch-spirit-day-ambassador-wendy-williams-turns-entire-audience-purple-spiritday 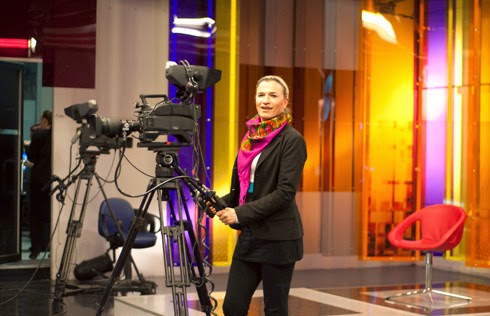 But times have not always been easy for Michelle. In 2012 she was a victim of male violence and transphobia, when during her walk home she was brutally attacked and assaulted.

Since her attack 50 trans women have been murdered in Turkey.

Last month justice prevailed for Michelle’s case when her assailant was jailed, marking a milestone victory for all transsexual people.

Yet times are evolving.
This summer the world witnessed Turkey make a gigantic splash when their LGBT Pride celebration was the largest to date in the Muslim world, inspiring much hope and a promise for change.

And Michelle is only getting started...

While her TV reporting work and public advocacy continue to make positive strides towards helping her community, she recently announced that next year she will being running in the legislative elections!

Three cheers for Michelle Demishevich! We are behind you 100%!

Posted by Ashley Love at 5:08 PM No comments: