Dear Marie Claire Magazine, Thank You for Respecting Women with a Transsexual Medical Condition by Not Mislabeling Them “Transgender” 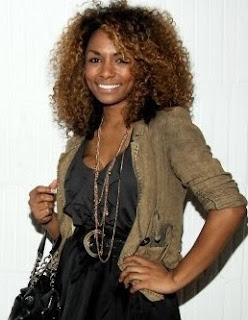 Janet Mock, an editor for People.com, recently opened up about her transsexual medical condition publicly

I am an organizer with MAGNET- Media Advocates Giving National Equality to Transsexual & Transgender People, an anti-defamation and media advocacy group. Yesterday I read the article in your magazine about Janet Mock’s courageous choice to disclose her transsexual medical history to fulfill her passion to help people who are going through what she went through. This woman is a breath of fresh air on so many levels. Not only is she a successful professional, glowing with beauty and authentic spirit, and a role model that squashes tired stereotypes, but she is giving voice to the transsexual medical condition in a country whose gay (not transsexual) establishment is trying to alienate all people born transsexual onto a “transgender reservation” against their will.

I want to thank Marie Claire Magazine for accurately labeling Janet as a woman of transsexual experience in your marketing text, instead of problematically calling her transgender. For you see, transgender is a sociopolitical term which is reserved for people who do not conform to gender, such as drag queens/kings, cross dressing and transvestite males, gender queer activists or gender non-conforming people who identify with their physical sex. Janet is absolutely none of these things. She is a heterosexual woman who was born with a medical condition; she is NOT a stage act or fetishist.

Unethically, the term transgender is used by lazy and intellectually dishonest entities to throw ten different groups into a single category so that it’s easy for the establishment to stamp diverse groups of minorities with one scarlet letter. This is not only dangerous to the medical legitimacy of people with transsexualism and compromises their human rights, it also mis-genders them. It implies that they are “third genders”, which is a subtle and condescending slap in their face and invalidates their womanhood.

Why would life styles, activities and behaviors be associated with a physical birth condition? It’s not right. People with transsexualism are being used as a political bargaining chip by the gay and lesbian establishment, and enough is enough!

Today the Gay and Lesbian Alliance Against Defamation (GLAAD) blatantly disregarded Janet’s testimony of having a transsexual condition and enforced their political transgender stamp on her, angering many people with transsexualism across the country who are fed up with this misrepresentation. The gay and lesbian people who work at GLAAD do injustice to those with the medical condition transsexualism. They have appropriated them into their homosexual politics by mis-educating the public that they are the same thing as gay male drag queens, gay people who identity as gender queer, and even transvestite fetishists. GLAAD branding the transgender label on a woman like Janet, who is in a committed heterosexual relationship with her boyfriend, is not only inaccurate, but makes public understanding even more unattainable then it already is.

GLAAD turns a deaf ear to women of transsexual history when they resist the co-opting and rewriting of their narrative. However, it’s only a matter of time before this colonization ceases and the truth emerges. Until then, we will continue to speak out against Gay Incorporated hijacking our medical condition into their own agenda in a way that serves them, but pigeonholes us.

GLAAD needs to reform their media (mis)guide, for they are defaming the very people they are claiming to protect from defamation.

I had to write this letter of gratitude to your magazine because most media outlets generally use the trendiest buzz word around instead of striving for accuracy and understanding. Many publications misuse the term transgender when they are actually talking about someone who has transsexualism. The fact that you compassionately listened to Janet’s story when she said she is of transsexual experience, and referred to her as such in the online promotion of this article, speaks volumes about your publications integrity to do right not just by this remarkable woman, but to all people with a transsexual medical history. We are such a marginalized and misunderstood community, so it’s always hopeful when a story such as Janet’s is done with authenticity, accuracy and care.

Thanks for not enforcing transgender ideology onto this woman. She is not a gender deconstructionist, part-timer or RuPaul’s Drag Race contestant. Janet is a woman who just happened to have been born with a rare birth challenge and has decided to open up about her journey in an effort to give back.

Sincerely, thousands of women across America who were born a bit different, but women nonetheless
Posted by Ashley Love at 3:14 AM 12 comments: