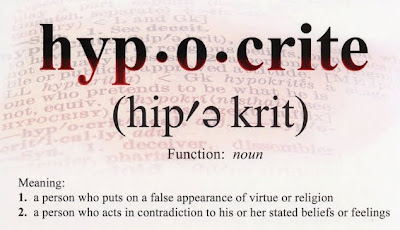 I’m starting this open letter by stating that I support your protest against Newsweek for publishing the “Straight Jacket” article by Ramin Setoodeh. It insensitively discussed gay male actors playing straight roles in a way that offended many gay men and their allies.

However, as an organizer of the anti-defamation organization MAGNET- Media Advocates Giving National Equality to Transsexual and Transgender People, I need to point out that you are hypocritically guilty of the same crime that you have called out Newsweek for as it relates to transsexual women and your show ‘Nip/Tuck’. The sad truth is that many transsexual and transgender women are offended by your own irresponsible and dehumanizing depictions of trans women on that show. We expect this from people who are ignorant of our community, but Ryan, as a gay man who purports to be an ally of everyone in the LGBT community, (and I would hope that includes transsexual women as well, not just gay men of privilege), you are held to a higher standard of behavior.

Images of women of transsexual experience should not be appropriated by gay male producers in a way that makes a mockery of our lives and further stigmatizes us.

We unveil your hypocrisy now because the oppression of transsexual women in the media is dangerously alienating. These poorly conceptualized images of transsexual women are not just created by straight producers alone. In many cases these offensive images are created by gay male producers. What does this say about the transphobia and/or ignorance that is evident within our own LGBT community? We hesitated from airing internal community issues publically, but since Hollywood is having a field day with all these sensational, inaccurate and harmful images of transsexual women in film and TV, we feel compelled to lift up the rug and clean out what keeps on getting swept under. Ryan Murphy, your show “Nip/Tuck” has been charged by many with negatively stereotyping transsexual women as hypersexualized, deceivers, mentally unstable, murderous, confused and dishonest in their gender. Thanks, but not thanks Ryan.

In Gina Kleinzeller’s blog, “Skip The Makeup”, she writes that, “…[certain LGBT organizations] back off dealing with transphobia when its source is from….someone with clout in the gay community (like Barney Frank or the producers of Nip/Tuck). When a perceived gay icon like Candis Cayne does a highly transphobic Nip/Tuck episode about detransition basically equating a trans woman as being a confused gay man, [certain LGBT organizations] ignores it even after being notified about complaints.”

Many LGBT organizations turn a blind eye when gay men with external power and influence oppress trans people. I agree Candis Cayne’s character on Nip/Tuck played into the harmful myth our detractors spread that trans women are “really gay men with women’s clothes on”. This is also the same propaganda our political enemies are spreading to keep us from gaining human rights. I would hate to think some in our LGBT community want transsexual people pigeonholed as a way of advancing only the gay and lesbian community’s agenda.

Willam Belli, a gay male actor with an offensive “transface” act, in which he mockingly impersonates transsexual women, was also on “Nip/Tuck”. Belli’s character has the drag queen like name “Cherry Peck”, refers to herself as “gay” and is called a “tra**y”. The “Ava Moore” character in Nip/Tuck is a transsexual woman who is depicted as mentally unstable, a deceiver and is even accused by her own son of incest, implying she’s a “pervert”.

You wrote in your open letter to Newsweek journalist Ramin Setoodeh that he “...published such a blatantly homophobic article”, yet, you can’t see that you produced a blatantly transphobic television show, and may I dare say a sexist and misogynistic show as well.

You complain that Setodeh‘s article is, “As misguided as it is shocking and hurtful”, but have failed to realize that Nip/Tuck’s depictions of transsexual women were not only unkind, but over the top sensational. In fact, it was so misguided, one has to wonder if you did any research on sensitivity, transsexual medical conditions or consulted with any transsexual women before allowing these characters, or should I say “caricatures”, to hit the screen.

You ask, “Would the magazine have published an article where the author makes a thesis statement that minority actors should only be allowed and encouraged to play domestics?”

And I ask you, “Would you produce a show that was just as offensive to gay men as Nip/Tuck was to transsexual women?”

You state that the article was a “…damaging, needlessly cruel, and mind-blowingly bigoted piece.” - Likewise, many transsexual women have written that your show’s portrayals of their community were all these things you excoriated Setoodeh for.

You slammed Mr. Setoodeh as being “a gay man deeply in need of some education”.

Ditto! Many people say that you, Mr. Ryan Murphy, are a gay man in dire need of accurate education concerning transsexual women, especially before exploiting them on television for shock value, ratings, objectification and financial gain.

You accuse the journalist of writing with a “poison pen”, however, the toxic message your show sends its viewers is at least just as poisonous to the acceptance and desegregation transsexual women struggle for from mainstream society every day.

You say Newsweek’s article suggests gay men “… should only identify themselves as “queeny” people (a word used by Setoodeh in the article) who stand at the back of the bus and embrace an outdated decades old stereotype.”, yet your own show reinforces every negative stereotype about transsexual women, and we too are fed with the “back of the bus”. You seem not to like the word “queeny”, but your show used the offensive pejorative “tra**y”. GLAAD and large segments of the trans community agree that the “t-word” is a derogatory slur. Even your friend Dustin Lance Black supports many in the trans community’s protest of that pejorative, recently telling The Advocate “…the word is hurtful….Why is this the same treatment the n-word has in the black community?”

Nip/Tuck caters mainly to heterosexual men, and the statistics show they perpetrate the most violence on trans women, resulting in hundreds and hundreds of murders, sexual assaults and hate crimes against trans women annually! This epidemic is only added to when inhumane media images plague us. To produce a show with story lines and characters that only incite more misunderstanding and negative stereotypes, (which leads to more violence), against women of trans experience, was very irresponsible of the producers of Nip/Tuck.

Just last month, Tribeca Film Festival’s selection “Ticked Off Trans[phobia] With Knives” was deemed transphobic, and boycotted by many in the trans community, their allies and GLAAD. Oddly, many of the gay male media outlets accused the trans community of “censorship” and insensitively told the women protesters to “lighten up”. Yet, just weeks later, when you and many in the gay male community boycotted Newsweek for being homophobic, the same gay male media outlets, and many gay men, did NOT cry “censorship” or say “lighten up” to the gay male protesters. Instead, they supported their anti-defamation cause, as they should have. It’s hypocritical though that they left the trans community behind in their time of need. This double standard is very telling.

There desperately needs to be some balance in the depictions Gay Inc produces of transsexual women. We need you and your associates in Gay Inc to stop only depicting trans women as male drag queens, crazy and/or as sex objects. How are we going to be taken seriously if we are only projected as jokes from our “allies”? And if you do include a trans woman character in your new show, “Glee”, please don’t hire a gay male drag queen to impersonate a trans woman, inlitrating her community, because that will only add to the “over the top” and “ridiculous caricature” stereotype that causes ignorant people to make light of our lives . If you happen to write me back, please don’t include a quote from a transsexual actress or non-profit employee “excusing your behavior”, for we all know they get paid to be “politically correct”, compromise, sell out for their career or say what the gay male establishment makes them say, which does not always serve transsexual liberation and feminism.

Please understand this letter isn’t a personal attack on you, we’re just holding your television show accountable like you’re holding Newsweek accountable. Perhaps you’re a well intentioned guy and ally, and were unaware that your show’s stigmatizing portrayals impede our progress when it comes to us gaining civil rights and social acceptance as transsexual people. If we, the LGBT family, want authentic equality, we need to step outside our own letter in the acronym and understand each other, so we can truly move in unity.