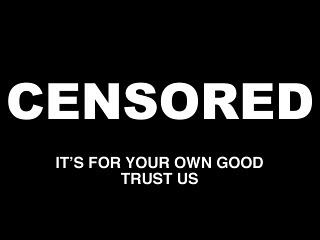 I am no longer trying to go to Creating Change. For the record, change is about inclusion, and not pretend inclusion.

Education about transsexual and intersex issues must be delivered with accuracy and affirmation, not co-opted into a 3rd Gender Separtist Agenda. We are not 3rd class women, or sub-women, we are women, period. And men with transsexualism are men. Our medical condition will not be used as a political bargaining chip by cross dressing/transvestite males and gender queer activists.

Perhaps my uncompromising honesty is why my blog was not selected to have press credentials for this conference, but we have a strict anti-transsexual-phobia mandate on my blog. It's non-negotiable.

Our patient rights will not be bulldozed over and endangered by thugs misabusing their power. Malpractice, colonialism and propoganda have to be called out. 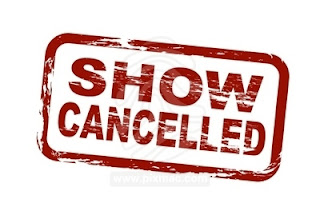 I couldn't care less about this development.

What I do care about however is accuracy. GLAAD and HRC's sensational campaign against the show was unfounded. The show itself was degenerate and with a weak premise, but not for the reasons HRC or GLAAD said in their misguided and disingenuous campaign against the show. The show was about two cross dressing men, it wasn't about women with transsexualism. Yet these organizations saw the show as an opportunity to get on a soap box and appear to be doing work on our behalf by protesting it.

This couldn't be farther from the truth.

If these organizations were sincere in their reasoning for protesting the show, and if their reasons were legitmate, then why are they not protesting the hit Tyler Perry film series Madea? Or Big Momma? Or Ru Paul’s Drag Race? Or the fact that right down the street from GLAAD’s New York office the star of Broadway's Peter Pan is being played by a woman? It’s because like Work It, none of these shows are actually claiming to be stories about people with transsexualism.

GLAAD's weak excuse for unwarrantedly associating the medical condition transsexualism to the show’s plot about two cross dressing men is that "many viewers unfamiliar with the realities of being transgender will still make the connection." Hmm, actually, the only reason society is “making the connection” between cross dressing males and women with transsexualism is because GLAAD’s website and employees guide, and even demand, that they do so! In GLAAD's very own words written in their media (mis)guide they themselves misinform the public that women with transsexualism are the same label (transgender) as cross dressing male fetishists, gay male drag stage acts and gender deconstructionists. Hypocrisy much? Unbelievable! Then they have the nerve to have their pot call a kettle black. (Though in the case of 'Work It', the show was not misgendering us, it was just a stupid show about straight male drag queens). It’s BS politics on their part. If GLAAD thoroughly cared about our public perception they would stop misrepresenting and invalidating transsexual Americans.

And HRC is in no place to act as a protector of a minority they themselves have harmed in legislation repetitively, and are continuing to do so.

In GLAAD's and HRC's advertisement against the film that they placed in Varity Magazine they used a photo of controversial HRC board [token trans tom] member Meghan Stabler as a "trans model", yet just months ago Stabler sold out the transsexual community by becoming legally male in Texas just to marry, which is way more of a mockery and threat to our well-being and rights then 'Work It'. Stabler’s betrayal of the transsexual movement upset numerous respected transsexual and transgender leaders in Texas and nationally.

I haven't publicly commented once on this silly and dangerous spectacle of a campaign against Work It until today because the campaign was a mockery of our medical condition, misled the public into thinking that cross dressing was the same thing as being born with a legitimate transsexual medical condition recognized by the American Medical Association and the campaign obviously was just for show.

The campaign did more to correlate male cross dressing with transsexualism then the show did, just like GLAAD’s media guide, which HRC and all the other LGB”t” organizations deem as sacred. GLAAD and HRC need to "work it" out them damn selves and stop miseducating the public about transsexual issues.

We as women born with transsexualism are not transvestite fetishists, Halloween dress uppers or third gender separatists. We are women, and would appreciate it if GLAAD would stop denying us our medical legitimacy by misgendering and mocking our realities.

The bullying and misrepresentation of the transsexual medical condition by homosexual organizations is malpractice, transsexual-phobia and fraud.

Will GLAAD ever reform their media guide? Or will they continue to treat us as a vote-less colony?
Posted by Ashley Love at 2:54 PM 1 comment: