Attention all Women Born with a Transsexual and/or Intersex Birth Challenge: You Have The Right to Vote Too! Happy Women's Equality Day! 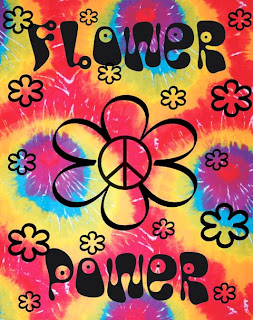 Next week, August 26, is National Women's Equality Day! August 26th is the anniversary that women won the right to vote. Also, late transitioning transgender males and white heterosexual cross dressing males are not the only ones who have the right to vote on issues pertaining to transsexual, transgender and intersex (TTI) equality, however, they have colonized the transsexual community. The results of this colonization has been devastating to the progress of transsexual (TS) and intersex (IS) Americans. Look at the history, and the law books- it's all there. Ever since cross dressing men and transvestites co-opted the transsexual movement, TS folks have actually LOST already pre-existing rights. And ever since Gay Inc co-signed the transgender fascista's co-opting of the transsexual birth challenge, many in society have been miseducated about the transsexual birth challenge, and it has been gay appropriated in a very oppressive way.

Our hope is that the business type cross dressing males, TG Inc & Gay Inc will STOP censoring and bullying the realities, hopes, dreams and special needs of transsexual and intersex Americans. TS & IS women are NOT drag queens, fetishists, transvestites, gender dismantlists and gender queer activists. These are people who were born with a medical condition, and it's high time the sexist and transsexual-phobic practice of misrepresntation stops. So many politicians and trans advocates know this to be true, and tell me so, but they get scared of not being politically correct (because they are paid money to brush with general strokes). Its unfair that men get to use women's birth challenges as a political game chip. Their condition is not meant to usurped by dishonest people who feel threatened with transsexual and intersex people articulating their truth. Stop sexualizing, misrepresenting and stealing the realities of transsexual and intersex people! Its wrong, and many women are sick of it! And though TG Inc, CD Inc and Gay Inc are doing everything in their power to prohibit transsexual and intersex Americans the right to vote, there is a large mobilization happening internationally, and pretty soon the transsexual and intersex advocates will take their right to vote without permission. Just because TS and IS people dont have the money or populace that the white cross-dressing male communities or Gay Inc has, does not mean that they dont deserve a seat at the table.

When you know the REAL history of this issue, its really upsetting. It was actually transsexual women who gained all the initial rights for the TTI communities in the early 1900's. Then after Stonewall, some quack cross dressing heterosexual male named Virginia Prince (who was an open misogynist,voiced public disdain for the transsexual communities, and was homophobic against gay and lesbian people) decided to rally the other white heterosexual cross dressing males to usurp the transsexual community against their will. And since the patriarchy supported the sexualizing and silencing of TS women, it was easy for CD males to hijack the TS movement. Everything started to go downhill after that for women and men born with transsexualism.

So in this month, where we celebrate women's right to vote, let's also celebrate all that transsexual women did in the early 1900's to secure rights for the TTI communities. And let us not silence the transsexual women's community any longer.
Let the women speak. And when they speak out against the bulldozer who broke into their safe home and tainted thier sanctuary, and planted weeds in their garden----- listen, and try to understand.
Just because Dennis Rodman is a cross dresser and wears wigs, does not mean he is the sister of the transsexual women's community! Even Ru Paul says he is NOT trans gender, he says he is a gay male and entertainer. And just because cross dressers who have been diagnosed with autogynaphilia have the resources to buy a seat at the table, it does not mean they speak for actual women who are do not subscribe to "clothes equating womanhood".

Just as the suffragettes endured a lot of attacks to pursue the right to vote, so have transsexual and intersex women. The last few months many transsexual women have been campaigning heavily for the right to represent themselves. And they all have been brutally attacked by the gay media, mainstream media and some transgender activists. This year The Advocate published an article calling me "Tran Coulture" (as in Ann Coulture), and even refered to us transsexual advocates as women with "do it your self changes". I was shocked that the Advocate, who I had always thought to be classy, could be so publicly transsexual-phobic. The Advocate also misrepresented our plight many other times. "Queerty" called me the anti-transsexual slur "tra**y". Planet Out paid gender queer rebel Kate Bornstein to write an article where Bornstein dismissed the transsexual community entirely, and misquoted me intentionally to drown out our voice. Former draq queen Alexandra Billings refered to transsexual women as "not real". A late transitioning transgender blogger (who has some issues) named Autumn Sandeen joined Gay Inc and called me "divisive", when in reality, all I was doing was calling out the oppression of TS and IS people at the hands of Gay Inc and TG Inc. But we are making progress, and we have doctors, scientists, politicians, actvists, feminists and flower power heroines backing up the plight of all transsexual, transgender and intersex people.

Attention all transsexual and intersex women: Get out and vote! I know it seems that your vote may not count because the establishment has a fetish of editing out your Truth, but take a stand and vote anyways. And vote loudly!
Also, here's a poem I wrote years on August 26, 2007 for Women's Equality Day:
Radical Women have inspired me to act!
I was blind till they spoke to me, this is a fact.
The Freedom Socialist Party's morals are truthful and pure.
I'm taking a stand with them; no longer demure.
Patriarchy is like an army of reptiled lost souls,
The Radical Women are angels, with humanity saving goals.
Let's unite all our causes, to defeat the big beast,
Which is only so big when we're divided, to say the least.
Today we celebrate the giver of life's right to vote.
Some were intimidated, and that was murder she wrote.
We all have a life in us, that could never be bought!
Unlike some of these elitists- such a sold out sad lot.
Now we are fighting to gain good national health care.
Left out are minorities and poor - this is not fair!
This injustice is why we have gathered here today,
Together we'll find solutions, we will make the way!
Posted by Ashley Love at 5:05 PM 2 comments: