Her Life Had Value and She Will Not Be Forgotten 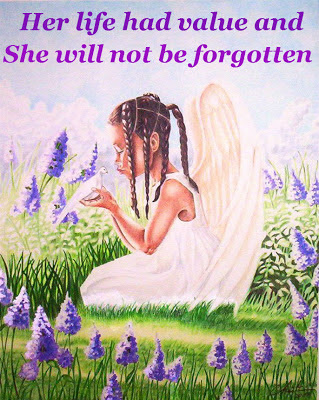 Just last month alone THREE black women of trans* experience were murdered. Did the self-described “LGBT” non-profits, city officials and politicians hold a massive rally, close off streets or express as loud an outrage as they are today for Marc Carson? The answer is no, they did not, yet when a gay male is killed we see an entirely different reaction.

By pointing out this inconsistency I hope I'm not being insensitive to Marc’s story, because what happened to him is a tragedy. But since most “LGBT journalists” pick and choose what stories to run or priorities to push, even to the point of censorship and distortion of facts, the pattern of devaluing the lives of women of color in the transsexual and transgender communities must be exposed.
The three women murdered in April were:
Ce Ce Acoff (20 years old),
Kelly Young (29 years old) and
Ashley Sinclair (30 years old).
Their lives mattered.
Over the years I have lost many female friends due to male violence or oppression related causes who were all born with the medical condition transsexualism. When a crisis amongst a minority group includes women being victims of extreme violence and discrimination it is usually referred to as terrorism, but as usual a double standard is applied when it’s the trans* communities who are targeted and it’s just business as usual.
Every month women of color in my community are murdered but the establishment fails to properly act. Instead we are misgendered and segregated to such a stigmatizing degree that it actually promotes dehumanization and violence towards the most vulnerable women in our communities. Black and Latina women who suffer from poverty and employment discrimination, who are denied affirming healthcare and/or who many times lack support from family, education and government institutions and by society as a whole are the majority of names read during the annual Trans Day of Remembrance ceremony.
Not a day goes by that I don’t think of the young women I personally knew who were taken too soon, some who were like sisters to me. The pain still lingers and the urgency to save lives in our communities grows increasingly stronger. Sending warmth and hugs to all the families who lost a daughter or sister this year due to transphobia and male violence.
Her life had value and she will not be forgotten.
Posted by Ashley Love at 7:38 PM 1 comment: