Meghan Stabler Stabs Americans Born w/ Transsexualism in Back. HRC, Gay Inc & Religious Right Will Use as Ammo to Misgender Us. 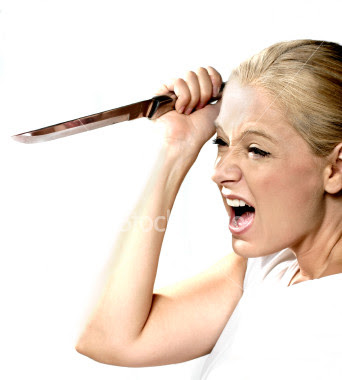 Meghan Stabler is the sole token trans board member of the notoriously transsexual-phobic HRC. Stabler had sex reassignment surgery to be female, yet has made the alarming compromise to be legally recognized as male to marry a woman in Texas. This is dangerous on so many levels.

1- Stabler is a public figure, so their actions are seen by and influence many. If law makers and society at large see that Stabler made the compromise to be legally male just to hop a legal loop hole, then they could very well expect the rest of us to as well. This is very dangerous to our legislative rights.

3- This shows that Stabler cares more about homosexual rights than transsexual rights, a fact the HRC knew before they selected Stabler to be their Token Trans Tom and overseer of those “annoying yet tolerated “tra**ies”/unwanted stepchildren of the LGB”t” “community”.

4- This act further co-opts transsexual people into the homosexual agenda against their will.

5- This act finally makes evident the lack of pure intentions of Stabler. It has long been rumored that Stabler was just using the HRC appointment as a networking opportunity for her non-activist career, ego-boosting and because she has irresponsible stars in her eyes. This betrayal of transsexual community on Stabler's part makes those rumors seem true

6- The amazing hypocrisy and contradicting messaging Stablers choice sends is very stigmatizing and will have long lasting results. Integrity has been exchanged for shamless self-serving desires

7- The fact that the Gay Press is ignoring this issue implies that they too know what Stabler did was unethical and wrong, but they are uncomfortable reporting on it

8- White male privilege in the form of late-transitioning “transgdner leaders” who led most of their lives as heterosexual men, married w/ kids and alpha male jobs is causing serious harm to the medical and legal rights of transsexual people and is severly assaulting the feminist aspect of our plight

How selfish & destructive could Stabler be?

The Token Trans Toms who Gay Inc commissions to sell us out are malicious and selfish.

But we must not give up

If HRC has an ounce of integrity concerning what’s best for the transsexual community, they should ask Meghan Stabler to resign

I should have known since Meghan had the word "Stab" in their last name, Stabler, that we as transsexual Americans would sooner or later be stabbed in the back.

For those of us who were actually born with transsexualism, and are not cross dressers, impersonators and transvestites, we must see the alarming danger Stabler’s act of betrayal threatens us with. We must act now and counter the repercussions. If not, one by one states will follow in Stabler’s condoning of misgendering us
Posted by Ashley Love at 3:10 PM 2 comments: