The following article was published on Saturday, August 5th in The UNITY News website, and was written by a UNITYstudent journalist: http://unitynews.org/2012/nlgja-to-weigh-name-change/.

UNITY, previously referred to as a coalition for journalists of color, shed that title this year to include the National Lesbian and Gay Journalists Association.

During the opening ceremonies two presenters made a concerted effort to welcome gays and lesbians. This made Ashley Love, who was born intersex and transsexual, feel left out.

“NLGJA pressured UNITY’s board to change its name, arguing it was exclusionary and non-reflective, so shouldn’t NLGJA practice the same inclusion by adding the ‘B’ and ‘T’?” Love said.

Sexual orientation is not equivalent to gender identity or a transexual medical condition, she said during Thursday’s NLGJA membership meeting. Omitting bisexuals and transexuals [and transgender people] from the title glosses over the differences in [the] LGBT [coalition], silences voices and confuses people, including journalists, she added.

At Thursday’s NLGJA member meeting, six people spoke out in support of Love’s request and none of the about 30 people there voiced opposition.

“The issue has never been on the agenda,” NLGJA President David Steinberg told UNITY News. “It has been a topic people have raised in the last year.”

The board will discuss the issue and figure out a change that makes sense, he said.

“We are done waiting,” she said. 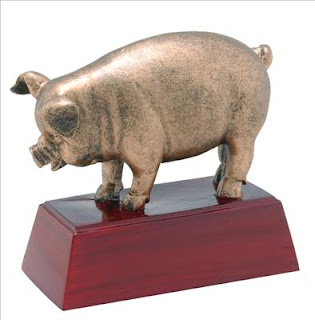 Last Saturday, July 28th, U.K.’s ‘Daily Mail’ paper published an article about Hollywood director (The Matrix triology) Lana Wachowski’s first public appearance as her true self. Wachowski was born with transsexualism and has been undergoing hormonal and medical treatment to better align her external to match her internal. The “journalist” of the article, who chose to write anonymously, used improper pronouns numerous times, which violates journalism codes of ethics, and even violates U.K’s Gender Recognition Act.

TAAD, or Transsexual Alliance Against Defamation, released a statement asking Daily Mail (DM) to retract their offensive and inaccurate usage of male pronouns, as Lana is a woman who should be affirmed and respected as such. DM declined to edit their online version of the posting, and sent a reply back to TAAD with DM's Assitant Editor Yuc Kee writing,

“We find that the more sensational and offensive our articles are, the more hits and ad revenue they garner, as well as raises the entertainment value of our content to cater to our more close-minded and transphobic readers. Sorry that transsexual women are offended that we misgendered Lana, but your feelings are not our concern. As for your request for human decency, good luck with that”.

Interestingly enough, DM's story was published just three days before I. H. A.T.E., or International Haven Advocating Transphobia & Exploitation, announced the winner of their five-year long competition named the ‘Most Transphobic Rag Award’. On July 31st they awarded ‘Daily Mail’ with the sought after title. The two leading contestants had been both ‘Daily Mail’ and U.S.A.’s ‘The New York Post’ (NYP), with media analysts previously estimating that NYP would win by 10-15 votes. Yet DM’s recent Lana Wachowski story pushed them passed the finish line in the nick of time, winning by a mere five votes in a judging jury of one hundred people.

The same day just hours after the winner was announced, NYP released a statement questioning the legitimacy of the voting process, with charges of biased judges and vote tampering. NYP attorneys demanded an investigation by I.H.A.T.E., which they denied. I.H.A.T.E. president, Helia Jeffries (former spokesperson for ‘RadFems Against Healthcare Rights and Freedom of Choice’, gave a statement,

“Grade A Transphobia is Grade A Transphobia. The Daily Mail has proven they have what it takes to ridicule and marginalize those types of people in a way that far exceeds industry standards, making them our top choice for the 'Most Transphobic Rag Award’ honor. While The New York Post leads the way in the states for unchecked transphobia, sexism and defamation, they are clearly only in second place internationally. Thanks to the many publications who participated in this competition, and we look forward to five years from now when will be holding this competition again. Fear is meant to spread, so start typing away!”

The next day NYP filed a lawsuit with the Global Office of Propaganda Pushing (GOP) with claims that I.H.A.T.E. was biased in their results, as Jeffries, its president, resides in London, home to ‘DM', and used to be on a mud slinging team with Daily Mail's CEO, Bob Leeds.

Leeds responded, “This is just ridiculous. Yes, Helia and I used to play in the Mud Fighting League together, but that was years ago and has no bearing on our rag's triumph. My writer’s have exceptional transphobic talents and won fair and square. And our editor-in-chief, Hugh Thatcher, has gone above and beyond to make this acknowledgment happen. When one of his staff writers portrayed those tra**ys in a humanizing light, he would personally edit it moments before publication, changing a pronoun here, sensationalizing an experience there, or adding the right amount of fear mongering at the very end. Those Yankees need to stop being sore losers and admit defeat. While they’re busy pouting, my employees are already getting started for the 2017 games. Let the most shameless transphobe win!”

“Damnit, just damnit! My staff worked mighty hard to misgender and dehumanize women born with transsexualism, it’s a shame that Daily Mail snatched the ‘Most Transphobic Rag Award’ when we clearly encouraged more ignorance and mockery of people’s lives then they did. Mark my words, we will win next time, you can be sure of it!”

The investigation on whether the competition results were accurate continues, though the overturning of DM’s victory seems unlikely, as Jeffries says the expertise of the jury panel was superior, which included pseudo-shrinks Blanchard and Bailey, healthcare-exterminator Janice Raymond and other leading transphobes.

A later addition to the jury was American gay activist Dan Ravage, who has been ‘glitter bombed’ repetitively for his notorious transphobic, sexist, bi-phobic and classist remarks, as well as spreading rape-apologist propaganda in his sex column. After activists protested his use of the slurs ‘she-male’ and ‘tra**y’ during his speech at I.H.A.T.E.’s annual gala, which was the same night the ‘Most Transphobic Rag Award’ winner was announced, Ravage replied,

“Silly tra**ys, stop playing the oppression Olympics. I’m a white gay man, so it’s socially acceptable for me to say sexist and transphobic comments because most people are too clueless to see my ‘Animal Farm’ antics. Besides, if GL-NT-AAD can say that transsexual women are the same label [transgender] as male cross dressers and male transvestites, why can’t The Daily Mail also use male pronouns on female transsexuals?”

GL-NT-AAD's, or Gay & Lesbian -Not Transsexual- Alliance Against Defamation's, staff was asked to comment the next day on Dan Ravage’s statement, as well as comment on TAAD pointing out GL-NT-AAD’s practice of blurring the distinction between the transsexual medical condition and the many forms of gender bending and sexual fetishism. Instead of replying, they paid two transsexual women to make a joint statement in their defense. One was a transsexual reality star named Ima Prince. The other was named Equala Tee Mimick, who’s a transsexual tabloid writer who GL-NT-AAD is blatantly producing to be their shield to defend their gay and lesbian staff members whenever the transsexual community calls them out on misrepresentation. These two women released a joint statement on GL-NT-AAD’s website:

“GL-NT-AAD has done wonders for our careers and personal financial security, so in return we feel retained to defend their problematic media guide and poor messaging concerning transsexualism. When GL-NT-AAD stops promoting our self-serving interests and aspiring celebrity, then we may find the integrity to join our sisters in their quest for GL-NT-AAD to reform their media guide. But until then we will continue to head the Token Trans Tom committee. Besides, those uppity transsexual women should be grateful for the crumbs Gay, Inc. gives them. Seriously, like who do they think they are, women or something? As if! No, they are third genders, fetishists and impersonators. They should just shut up and accept that misgendering narrative, we know we have”.

Transsexual activists were unsatisfied with GL-NT-AAD’s trans* spoke model’s comments betraying their own community for personal gain, and re-asked GL-NT-AAD’s actual paid staff for a real dialog in a formal setting, which GL-NT-AAD declined because “colonies should know better than to question their masters”. TAAD then reached higher up to GL-NT-AAD’s Board of Directors, who were also unable to be reached for additional comment regarding their misgendeirng and misrepresentation of women with transsexualism, choosing instead to promote a socially engineered “transgender umbrella” ideology, which is a constructed reservation where they marginalize all those who don’t fit into the norm. This intellectually dishonest framework creates conflicts and censors dissent, though the mainstream media will never know it since they are beholden to GL-NT-AAD’s last word on the matter. TAAD persisteded, asking GL-NT-AAD for the right for minorities to represent themselves, instead of the majority dominating their lives, but GL-NT-AAD replied saying they would prefer to be the ones to control transsexual women, regardless if their patient rights and well-being are being violated as a result. "Misgendering is not a concern to us", they said.

Yesterday TAAD filed a complaint with the Non-profit Department of Accountability and Ethics saying that GL-NT-AAD is censoring, misrepresenting and co-opting minorities. TAAD is awaiting a ruling.


(* This was obviously a parody, infused with actual current events and ongoing practices, meant to draw attention to real issues such as transphobia, conflation and unethical jouurnalism/media guides)