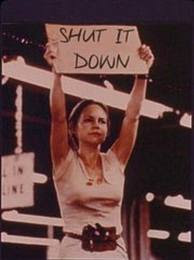 Either make the conference affirming, accurate and inclusive, or shut that hate-fest down!
In another example of the empowered transsexual and transgender (TS/TG) community’s growing resistance against being misrepresented by insensitive gay and lesbian organizations who sometimes harm TS/TG people, rather than help, ( aka, Stonewall UK, and in this case, RCPsych’s Lesbian and Gay Special Interest Group ), transphobic and unscientific shrinks (like Zucker, Bailey, Blancahrd, and in this case, Dr Az Hakeem) and lesbian anti-transsexual activists (Julie Bindel), the Royal College of Psychiatrists’ conference on TS/TG issues has been cancelled due to the large public outcry from U.K’s TS/TG communities.

Well done UK brothers and sisters, including Jane Fae, Natacha Jessica Kennedy, Paris Lees, Christine Burns and others who so worked hard to remedy this situation! Keep up the good fight! Don’t ever back down!

The complaints against the “conference”, was that it was not truly a “conference” or even a discussion, for it was one sided and biased, and left out voices of the TS/TG communities. The keynote speaker would have been Dr Az Hakeem, yet he is a transphobic spaz, pathologizes TS/TG people and believes in reparative therapy. An invited speaker, Julie Bindel, is one of the world’s most transphobic personalities. Although she is lesbian, and identifies as a feminist, her hatred against women born different actually makes her an anti-feminist. Also, for the RCPsych’s Lesbian and Gay Special Interest Group to be hosting this event is actually appropriation and co-opting. Transsexualism is a medical condition, and transgendersim is a gender identity. Therefore, it’s inappropriate and confusing to the public for a sexual orientation group to be hosting this event, especially when many gay and lesbian professionals have proven to militant transphobes.

"I’m really glad that sense has prevailed in this instance. For psychology to be respected it must draw a clear line between evidence-based work and prejudice which merely masquerades as science."

The last straw in the conference being cancelled came shortly after the The Gender Identity Clinic at Charing Cross Hospital pulled out, which is the UK’s oldest and most respected TS/TG treatment center.

In a statement by Charing Cross Hospital, they stated why they pulled support:

“Although we were somewhat wary of engaging in what is essentially a clinical discussion with a predominantly non-trans panel, which, moreover, features a non-clinician whose personal opinion is already well known, we agreed to do so in order that discussion might focus on evidence rather than anecdote.

“The Royal College should be aware that there is a great deal of disquiet around this event within the trans community. Interested parties should also note that the discussion as it now stands will be one-sided at best.”

"We are not laboratory animals, but human beings. The patronizing notion that we should not even be given a voice in such conferences is no longer supportable or acceptable.

And the notion of asking the likes of Bindel and Az Hakeem to “contribute” is not just insulting to transpeople, but gives the transphobic nonsense they spout a validity that it has no right to.

It would be akin to asking the pope and Fred Phelps to contribute to a conference on Gay marriage, whilst excluding anyone Gay from the platform.

So well done all concerned, including Charring Cross."

However, as usual when the establishment realizes they made a mistake, instead of admitting wrongdoing, they concoct a PR spin story. In this case, the spin is that the conference was cancelled due to “lack of ticket sales”. Ok, we all know that’s just hog wash and a pathetic ploy to *try* to save face.

"They clearly don’t know how the human mind works if they think anyone with so much as an inch of sense will believe that pathetic excuse. Imbeciles."

The Royal College should have known better then to plan a conference about TS/TG people, yet not pursue sufficient buy-in from the community that the conference actually affects. To not enroll TS/TG people in the decision making process sends a clear and loud statement that they don’t see them as equals, as able, as valid. Just that message alone proves The Royal Collage is not a true ally to the TS/TG communities. In the past, The Royals Collage has held conferences on gay and lesbian issues, yet they most definitely included gay people in the process, and didn’t have offensive speakers. Why didn’t they give the TS/TG communities the same respect? It’s because TS/TG people in the U.K’ are still deemed “less than” by many institutions. In this case of RCPsych’s Lesbian and Gay Special Interest Group actually endorsing this problematic event, it says that TS/TG people are “property” of the gay and lesbian establishment.

The TS/TG community would beg to differ. 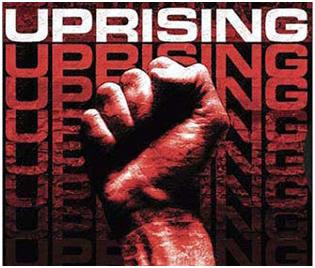 It’s an exciting time in both the U.K and the U.S. The TS/TG communities are taking ownership of their movement, exercising their voice in high volumes, not allowing the gay and lesbian establishment to dictate to them, and successfully challenging the psychiatric world from misrepresenting them

The transsexual and transgender colony of the Gay Inc Empire are breaking free and re-founding their country.

Our lives. Our needs. Our votes. Our voices. Our decisions. Our agenda!!

Advocate Helen Wilson commented under the Pink News article on this story, and sums it up nicely:

"For the Royal College of Psychiatrists Lesbian and Gay Special Interest Group to host this conference in the first place is just bazaar.

They reject reparative therapy for LGB people, but by organizing this conference seem to support it for the T.

God job to the U.K. transsexual and transgender people who spoke out against this hate-fest! Because of you, the U.K. is now a safer, healthier and more affirming place for people who are not afraid of diversity! Hugs and kisses from the west, keep up the good fight!

You MUST READ the shocking email correspondence between the Royal College of Psychiatrists and noted U.K advcoates Natacha Kennedy & Jane Fae which led up to the cancellation of the transhobic [one-sided] conference: http://uncommon-scents.blogspot.com/2011/04/email-correspondence-with-royal-college.html