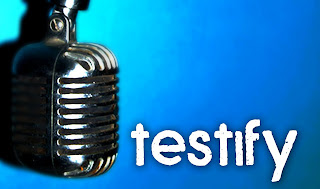 Below is my written testimony each Maryland Senator recieved yesterday at the Senate Judicial Committee hearing regarding the Gender Identity "Anti-Discrimination" Bill HB 235. I was able to read most of it in the two minutes allotted, and then the Senators decided to have me stay after my time slot to ask further questions, after which I explained more about Tyra Hunter's sad story, explained what public accommodation were in depth (they are not just restrooms as the far right likes to propagate to spread fear), explained how the gay establishment is responsible for problematic (mis)education regarding the "transgender coalition" by failing to make a distinction between transsexual and intersex people from transvestites and cross-dressers, gay people don’t own TS/TG people, and that's high time that TS/TG/IS people represent themselves!

Here is the AUDIO link of the hearing. My testimony starts at 1:28:00 http://mlis.state.md.us/mgaweb/senatecmtaudio.aspx 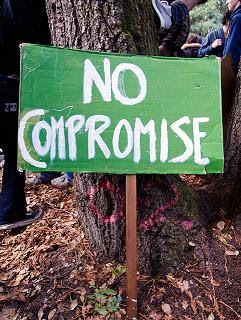 HB 235 without public accommodations protections has no merit. We ask that you either amend the bill to include these lifesaving and constitutional protections, or vote against it.

I live in New York; however, I have spent time in Maryland, & visit the DC/Md. area frequently.

I was born w/ a rare birth challenge where my chromosomes & anatomy were diverse; I was born intersex, which later transpired into a transsexual medical condition. To be born female & male wasn’t my choice; yet I am all woman gender, woman mind, woman essence, woman spirit. My birth condition is natural & innocent, yet growing up I realized many in society were handicapped to such a crippling degree that they couldn’t accept my community’s diversity. Their ignorance turned into fear, which turned to hatred, & sometimes even violence, & some women I personally knew have been victims of a hate crime.

This misguided fear of diversity has led to the basic human rights for my community in this country being denied. HB 235 has stripped out PA protections. This is unacceptable for any American.

HB 235 as written says that my community is not worthy of protections in public accommodations protections. The civil rights movement was founded on the issues of public accommodations, yet here we are decades later still fighting for them. Prior versions of this bill in previous session originally included PA protections, but due to misinformation and transphobia, they were taken out.

Today some people in court have spread misinformation about my community. A woman who was born w/a transsexual and/or intersex condition is not the same thing as a man who is cross dressing for a lifestyle or amusement. Yet that is precisely what the far right likes to propagate. This propaganda is meant to confuse the public about our medical condition or birth challenge, and their fear mongering is responsible for the marginalization, mis-education and destitution that plague my community.

Also, the gay and lesbian community is not the same thing as the transsexual and intersex community. The gay’s issue is about sexual orientation, where the transsexual issue is about seeking medical treatment to correct our birth challenge, and intersex people need to be protected as infants from malpractice. Many transsexual and transgender Marylanders disagree with how the gay and lesbian community has been misrepresenting their community. It’s time for the transsexual, transgender and intersex coalition to represent themselves, because we have different needs then the gay, lesbian and bisexual community, and our rights many times get devalued, left behind or appropriated under their control.

The only two trans organizations in Maryland, Trans United and Trans Maryland, oppose the LGBT group Equality Maryland’s approval of HB 235 stripping away PA protections. We ask you to listen to the people that this bill affects. We aren’t owned by the gay & lesbian community. We own our voice.

In my opinion, America is the greatest country on Earth. Sadly, one part that we fall embarrassingly and dangerously short is the failure to protect transsexual, transgender and intersex Americans.

I ask that you amend HB 235, or vote against it. I invite every elected official in this court to open your mind, embrace and celebrate diversity, and to not allow us to be treated as 2nd class citizens.
Posted by Ashley Love at 9:29 AM