What Does The 100th Anniversary of International Women's Day Means to Women Born Transsexual and/or Intersex? 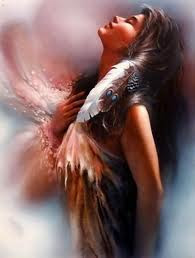 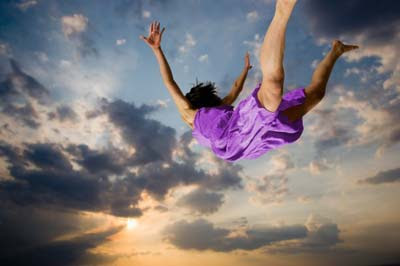 Yesterday was the 100th Anniversary of International Women’s Day. The human race has come a long way since organized sexism demoted women to 2nd class citizens and created a culture that has sought to degrade the divine feminine, casting this world into a fear based land of war, violence, materialism and falsehoods.

However, though this world is in a better place for women then in was in centuries past, in the beginning, times were even better in most cultures for women, as the divine feminine was worshiped as the almighty, and in many societies women were revered as sacred life bearers and spiritual keepers of Mother Earth.

Before the pre-feudalism and pre-patriarchy times something else was different then it is in 2011. Women of transsexual and/or intersex experience were not persecuted, vilified, objectified and marginalized like they are today. In fact, it was the exact opposite. They were revered as shamans, priestesses, spiritual directors, medicine practitioners, consultants to royalty and leaders, healers, inspirers and beloved of the balanced circle of life.

Unfortunately, when men created organized religion to control the masses, the decision was made to assault the status of women because they possessed feminine qualities that threatened the brutal regime of classism, land and human ownership, greed, and egocentric and addictive external desires. People who defied gender stereotypes or who were born transsexual and/or intersex were also a threat because they did not fit into a box, so their fate was sealed as outcasts.

Time has passed and the true history of women born transsexual and/or intersex has come to light by many, but most are still living in the dark ages. Personally, what hurts me more than men assaulting the light of TS/IS women is when non-TS/IS women do this. We saw this is the 70’s and since when lesbian radical feminists denied TS/IS their truth and legacy, casting them back into a hole they had just started to climb out of (see Janice Raymond). We also saw white transvestite male fetishists in the 70’s, 80’s, and even today, use their male privilege and transsexual-phobia try to rewrite, objectify and degrade the true narrative of TS/IS women (see Virginia Prince, Anne Lawrence, etc).

Its 2011, the 100th Anniversary of International Women’s Day, and there is still so much more work to be done. But it’s not just an issue ‘between men and women’. Its also an issue between ‘women and women’. Some women are NOT created ‘more equal’ then other women, and yet many non-TS women would argue otherwise. The gay and lesbian community is doing a horrid job (mis)educating that transvestite males are pretty much the same things as women born TS/IS. This is an assault on women born TS/IS's reality, dignity and plight for understanding and social acceptance, and is responsible for much of the media and public's misgendering, confusion and fear of TS/IS issues.

What I would like to see as we move forward in this 100th year milestone is for all of us to give 100% of the women population the respect and protection they deserve, not just the ones who were lucky enough to have not been born with a birth challenge or medical condition such as women born transsexual and/or intersex.

I would like to see the transgender non-profits and Gay Inc stop censoring women born TS/IS from speaking their truth. I would like to see Transgender/Gender Queer/Cross Dresser Inc and Gay Inc stop co-opting, appropriating and glossing over the realities of human beings born transsexual and/or intersex. I would like education platforms to stop being lazy and actually discuss the diversity in the transsexual, transgender and intersex communities. They are all not one community; they are different communities who have been forced onto a reservation, or a ‘coalition’ at best. To reject and ignore the different needs of these sub-groups is dangerously problematic, unjust, sexist, transsexual-phobic and straight out fraud!

I wish I could rejoice in this 100th Anniversary. Sadly, I cannot. Not when I see my transsexual,transgender and intersex sisters being killed every month, or denied healthcare, or fired for being different, or ridiculed in the media or being segregated from society.

Women born different are still women, and if this day is to mean anything authentic, then all women need to be treated as equals to each other. Period.

Yesterday I asked some friends on Facebook who women are born transsexual and/or intersex to tell us what this anniversary means to them, here are some of their replies:

Cathryn Platine, author of “Riding The Second Wave”, and a leading transsexual feminist and resistance fighter against the co-opting of her community be transgender politics, writes:

“That the current war on women being waged in the US is MY fight. I had my feminist awakening when I was nine years old at the very beginnings of second wave feminism...we still do not have the ERA in this country despite it havingbeen re-introduced every single year since suffrage!”

Constance Macintosh-Mascherin, a Canadian woman who was not born transsexual, but is a committed ally and outspoken feminist, write:

“What it means is that the time to act is now...RIGHT NOW...the need has never been greater...it's high time, indeed way overdue, that TS/I women be acknowledged, accepted and appreciated as the WOMEN we truly are...in every possible sense of the word...and I for one wish to be counted...”

Teresa Ellen Reeves , a transsexual lesbian woman (and Seattle based activist)who has dealt with a lot of prejudice from the lesbian community in Seattle because she was born with a transsexual a medical condition, writes,

"Yesterday I went to a Seattle WHEEL (Women’s Housing Equality & Enhancement League) meeting and I found out that the Women of WHEEL were invited to a special International Women’s Day event tomorrow evening where an honor is going to be bestowed on one of our members, Anita Freeman, for her long service to the homeless community!...The invitation came from a lesbian event organizer, about 72 years old, who is a leader in two local Seattle lesbian groups, both whom have shunned and excluded me– telling me I was not regarded as a “real” woman or a “real” lesbian, and treating me like I was invisible or did not exist! They kept “losing” my phone number or Email address…I had been deliberately left off. No one in the Lesbian Separatist community ever wants to admit that a transsexual woman was included in an "all-woman" event., And if my name had been on the program... Lesbian Separatist Apartheid and for all transsexual women excluded….always hope for next year. Someday I will be included in the International Women's Day event. I will perform my songs of Sisterhood and belonging. And my name will be there in the program for all to see that I, Teresa, and all women are included!”

“What it means to me is that I was born a woman, despite all of the ordeals that I have had to overcome, and therefore International Women's Day means the same to me as it does for all women."

“To be honest, it's a very sad day... That conditions for women are still poor today - after 100 years - tells us something. TS/IS women face the same discrimination, risk, etc. that other women - in addition to the ones brought on by their... medical condition. Perhaps one day, all people can celebrate a time when all people have equal chances to full and productive lives based on who they are and what they can do - not based on gender or skin color or religion or any other superficial factor.”

"We still hear of and see the incredible inequality that the majority of women experience around the world, where tribal, cultural, religious and patriarchal forces continue to suppress and demean women. It reminds me of a quote I read somewhere, from the head of a humanitarian NGO when he was asked if he celebrated their successes at reducing child mortality, to which he said, "As long as we are surrounded by dying children, it is impossible to really celebrate." It is a different context, but a very applicable sentiment to have on Women's day. As a TS woman, I am grateful and humbled to be among the few numbers of women in the world who have benefitted from the struggles and hard work of the feminists (which to me is not a negative term in the least).”

“It means a lot , I feel that I am a Woman as seen as such so Woman’s Day is very important to all Women & the Strides they have faced are still facing”

Maggie Fiona Fox, a transsexual journalist (a lot of her work is featured on TS-Si.org) who resides in the UK, writes,

“It means I can applaud the Olympic definition of woman that requires having completed sex reassignment surgery, (vaginoplasty), being legally recognized as a member of the sex they wish to compete as, and having undergone two years of hormonal therapy (unless they transitioned before puberty).”