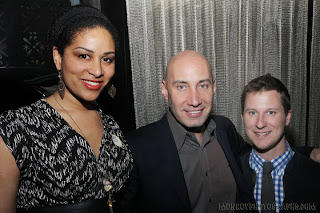 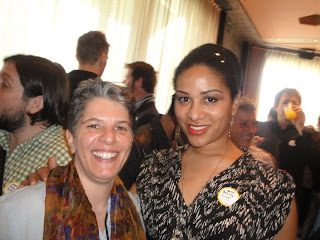 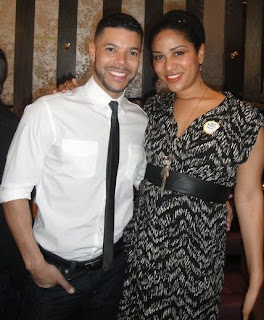 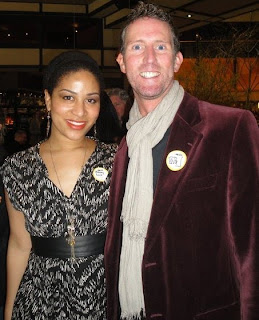 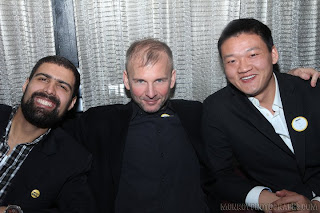 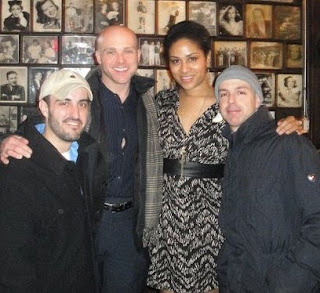 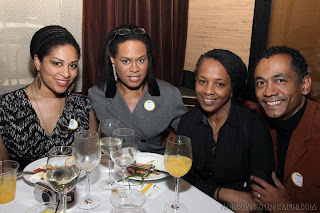 I thoroughly enjoyed being one of the co-hosts at dot429’s festive brunch, which followed a presentation and panel by NewFest, the NY LGBT Film Festival. Being somewhat new in New York, it was great to meet new people in the community, and hang out with friends, eat a delicious meal, and have a glass of champagne, or two.. I became a fan of NewFest last year shortly after I moved here. When Tribeca Film Festival decided to program the transsexual-phobic, misogynistic and racist film, Ticked Off Tra**ies With Knives, we at MAGNET (Media Advocates Giving National Equality to Transsexual & Transgender People) initiated a national educational campaign, following a protest at Tribeca Cinemas, and weeks later an education rally outside the film premiere, all garnering national and international attention. As a result, the top US LGBT film festivals, including NewFest, rejected the dehumanizing film.

NewFest’s panel was moderated by transgender filmmaker, Kimberly Reed (Prodigal Sons). The part of the panel I liked is when the filmmakers discussed how LGBT filmmakers need to stop only making films where the catch is “gay, gay, gay”, or “transsexual, oh my!”, but actually tell a human story that anyone can relate to, and just have the LGB or T part be a second factor. I learned good news from NewFest Executive Director, Lesli Klainberg, which is that NewFest will be presented at New York City’s prestigious Lincoln Center, making them the first ever LGBT programming at the Lincoln Center. This is huge!

dot429 is a “networking organization for the LGBT community”, and have strongholds in LA, NYC, SF, Chicago and are expanding to DC, other US cities, and eventually abroad. I think what dot429(.com) is doing is good for our LGBTTI coalition because the stronger our collective coalition is, the better we can push equality forward. I asked my new friend Ryan Young, New York Brand Ambassador for dot429, to tell us about why they support NewFest, and to tell us more about dot429.

"dot429 decided to support NewFest as our missions are very similar; to provide the LGBT and Ally community with the highest possible cultural and personal access to meaningful media. We at dot429 believe that the films that NewFest presents do just that, and encourage important discussion.

dot429 is a global network connecting LGBT and Ally professionals online and in person; regionally, nationally and internationally. Founded by 600 of the most successful and influential LGBTA entrepreneurs and entertainers, dot429 serves as a go-to destination for the LGBTA professional set to make important business connections. dot429 provides members with a fresh take on current issues: the queer professional perspective."

dot429 seeks to connect many different groups in the LGBT and Ally community rather than compete with them. Smaller professional networks best serve segments of our community and provide much needed services. Our idea is that if we can connect as many smaller groups and businesses as possible the multiplicative power of professional relationships will take out community to a greater level of power and equality." 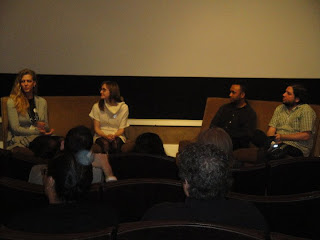 NewFest's panel discussion before the brunch 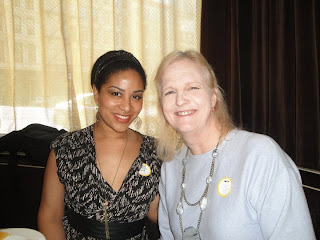 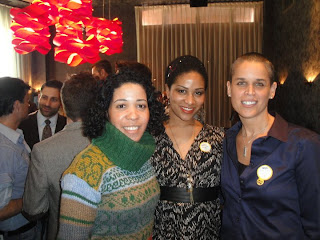 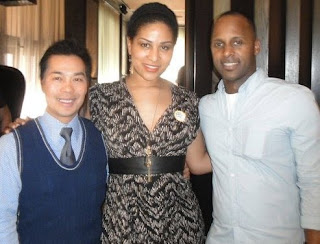 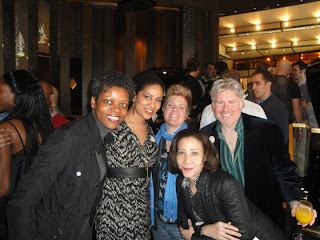