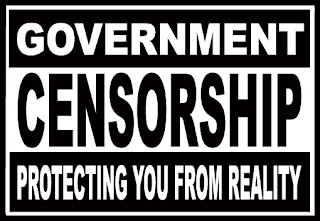 In the aftermath of Trans Maryland's education rally last night in front of The Supreme Court, Equality Maryland cancels 'transgender "colony" working group' last minute, which was scheduled for tonight. Censorship? Control issues? Worried that their colony may break free and speak for themselves? Does In-Equality Maryland want to wait until Maryland's legislative session is over before they talk to the Maryland TS/TG community, so they can dominate the message, and compromise HB235? Just Shameful 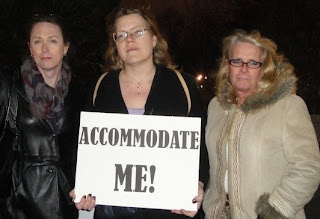 
In an email today from Equality Maryland to transsexual woman Donna Plamondon, who is an opponent of HB235's tainted format:

Due to scheduling conflicts, the transgender issues working group meeting originally scheduled for tonight has been postponed.

Thank you for coming out to Baltimore these past few weeks, lending your time and your voices to the discussion.

We believe these meetings have been constructive. We are committed to continuing these conversations after the legislative session so we can best formulate a coordinated, long range educational and legislative agenda.

We look forward to continuing this important dialogue. The next meeting will be scheduled for Wednesday, April 13th at 7:30 PM in the Equality Maryland offices. At that time we hope to have a system in place that will allow folks to join via a conference call. We'll keep you posted as the date draws closer.

Isn’t that amazing! They rescheduled the next “transgender working group” at the same time that the legislative session ends! Gay Inc sure knows how to control their TS/TG colony!

In more news, Equality Maryland released a statement on their Facebook page trying to defend why they are censoring and banning opposition to their compromising behavior. They ‘unbanned’ many of the advocates they had banned, including me. I then simply posted Trans Maryland’s press release about their education rally on their page, and I was re-banned.

What’s the matter with posting an education event? Are they scared people will see the disservice they are doing to the TS/TG community?
Posted by Ashley Love at 12:06 PM