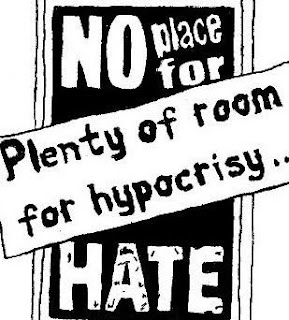 There seems to be some concern about whether or not I have seen the appalling film TOTWK. I in fact did see the entire film, though I wish I hadn’t. It made me feel violated, depressed, dehumanized and disappointed. As a media specialist, and organizer of a trans anti-defamation group, Media Advocates Giving National Equality to Trans People (MAGNET), I have received many films from film festivals and film makers that are trans specific. However, director Israel Luna failed to truly enroll the trans community in his project. Even the Dallas trans community protested the film before it was finished being made, and their efforts, and Luna’s rejection of their plight, is documented.

He failed to give activists and leaders in the trans community his problematic film prior to this controversy - he knew from many warnings that it would not be well received by many trans people. As a person with many media/entertainment industry contacts, I was able to view the film through an associate. This associate asked I not have their name released, for fear of the "wrath of Luna and the 'ticked off' supporters of his transohobic film”.

The false accusation against me, and an affect of sensation is just as false as the story Luna's troops causing bloggers and Tribeca Film Festival to spread the notion of GLAAD being involved in a "TransGate" story, which was discredited in GLAAD’s update to their petition: http://www.glaad.org/calltoaction/032510. These are clever, yet dishonest, attempts to take attention off the issue: that this film is very toxic to the images of trans people and their loved ones. Even for those protesters who have not seen the entire film as GLAAD, I, and many others have, their protests are just as warranted.

The trailer, which mentioned real life slain trans people, the offensive title and the making humor of the rape and violence against trans women are also severally problematic. GLAAD's thorough analysis and petition, and the dignity, safety and human rights for transsexual and transgender children, adults and their families, is reason enough to boycott this exploitation that has somehow been called "art" (not sure how exploiting the real life brutal murder of a teenage girl is “art”).

When GLAAD went up in arms when Grey Anatomy's star TR Knight was called a "fa*ot", the gay men’s community was quick to give GLAAD two thumbs up. When GLAAD went up in arms when trans women were called "tra*#ies", some in the gay men's community gave GLAAD two thumbs down?! Please explain the logic in that!? Attacking GLAAD, myself, and the thousands of people who are protesting this film, will not make the film anything other then what it is: a cinematic hate crime.

I will leave you with the bottom line which is expressed so well by my friend Kim Pearson, Executive Director of TransYouth Family Allies: "Negative and stereotyped media portrayals of transgender people hurt the community because Americans still need more education on transgender issues. The images in this film (TOTWK) make a mockery of their lives. I want more for my child and all transgender people.”
Posted by Ashley Love at 8:32 PM