Why are men hating on GLAAD for opposing "Ticked Off Trannies With Knives?" and defending transwomen? 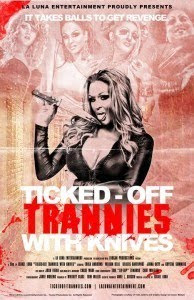 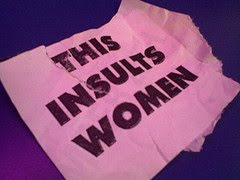 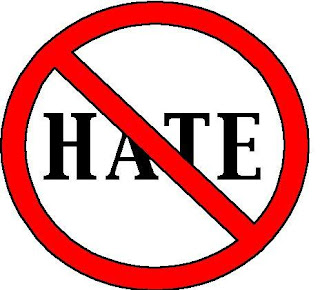 The Tribeca Film Festival has chosen to premiere the controversial and transphobic film, “Ticked Off Trannies With Knives” on April 23rd, 2010 in New York City. I have seen the entire film, and as a woman, was horrified by the misogyny and sexism expressed in this film. As a trans person, I was appalled at how the rape and violence against transwomen was made to be "humorous". As a human being, I was disgusted that a group of dangerously oppressed minorities were the subject of a CINEMATIC HATE CRIME! I find it amazing that only gay men are jumping to the defense of the film, as if transwomen are "mentally disturbed sex objects" that should be grateful for this depiction. I have nothing against drag queens, but to imply transwomen are really “gay men with wigs on” is extremely invalidating of their identities/womanhood. Whats wrong with GLAAD defending the dignity of women who are so often helpless, disenfranchised and abused in everyday life, and in the media?! Remember, trans people are also worthy of love and respect, they are more than just the "clowns and makeup" the media portrays them to be. I say shame on the director Israel Luna for exploiting transwomen and spreading fear, ignorance and hate. Attacking the divine feminine and trying to degrade women is getting old. How long did people think transwomen were going to allow all these mentally violent and abusive images block their pursuit of happiness? Just like transwomen hit the breaking point in 1969 and started Stonewall, this film is the breaking point of the trans community NOT accepting this inhumane defamation, and we are not going to be silent and endure this cruel treatment any longer!

The trailer for the film starts off mentioning the real life murder of transgender woman Angie Zapata, who was brutally murdered in a hate crime due to her gender identity. She became a martyr to millions of LGBT Americans, yet this film makes humor of “rape and violence” against transwomen. We find this exploitative trivializing of such a tragic crime to be severely abusive to Angie Zapata’s family, other families of murdered trans people, and to all women and trans people.

The title of the film is degrading to transwomen and protested by many in the trans community. The term “tranny” is a derogatory term that is used to mock the authenticity of transsexual and transgender people, and gives the impression that trans people are harlequins, subhuman, invalid in their identities, jokes, etc. Many LGBT organizations protest the use of this word, including anti-defamation groups such as GLAAD (Gay & Lesbian Advocates Against Defamation) and MAGNET (Media Advocates Giving National Equality to Trans People).

Personally, I know transwomen who have been murdered in hate crimes, and when I saw this film I was crying uncontrollably. I have also met Angie Zapata's family, and they are such good hearted people. It saddens me to think of how they may be feeling to know that the director of this trash, Israel Luna, is using their daughter and sister to promote the film. This film is going to create long lasting harm on the trans community. This is literally a matter of life or death.

Could you imagine if a film came out called "Ticked Off Fagots With Pink Pistols" that mocked Matthew Shepard's Death, and expressed gay men just want to get married to get tax breaks, but still have sex with multiple partners, and jokingly alluded to gay men being pedophiles? The whole LGBT community would be up in arms! WE DEMAND THE SAME PROTECTIONS THE GAY AND LESBIAN COMMUNITY RECEIVES! Crumbs are no longer acceptable. We need the gay and lesbian community, who have more access and influence in the media then we do, to stand with GLAAD and the trans community on this protest and call to action

Please sign the community's petition to have this film removed from the Tribeca Film Festival: http://www.change.org/glaad/petitions/view/demand_that_ticked-off_trannies_with_knives_be_pulled_from_tribeca_film_festival_line-up