A Step In The Right Direction, But More Steps Needed 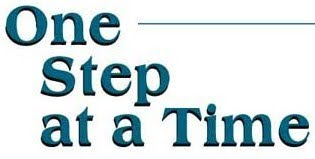 Filmmaker Luna says he will remove exploitative use of hate crime victim’s names from trailer of “Ticked Off Trannies With Knives”, but still has more to do.

We are very relieved that LaLuna Entertainment is planning to remove the references to specific trans women that have been murdered from its' most recent trailer for the film "Ticked-Off Trannies with Knives", a film which was directed and written by Israel Luna. Due to protests from the trans community, LaLuna Entertainment responded to one of their requests, which was not to exploit real life victims of hate crimes.

We note this gesture by the film makers, and hope that they will additionally address the offensive portions of the promotional materials of this film and remove any offensive material that has already been released. We would also like to emphasize that there remain the plethora of offensive, stigmatizing and inaccurate representations in the film itself that have not as of yet been rectified. We are asking that LaLuna Entertainment make every effort to work with the transsexual and transgender communities to help raise awareness of the rampant violence against trans women, and the poor media portrayals that they must struggle with in this day.

We therefore ask LaLuna Entertainment to amend all trailers for this film to include an acknowledgement that this film is intended for entertainment purposes only, and intentionally portrays stereotypes of transsexual and transgender people for the sake of humor and satire. These fictional personalities should not be confused as a portrayal of how transgender people live their lives or interact socially.We would also encourage such a statement be made prior to each screening of the film.

Though we are grateful that one of the numerous concerns many in the trans community have with this film will be edited, we still maintain that this film's message and title continue to be very problematic, transphobic and misogynistic. We hope that those at LaLuna Entertainment will educate their staff on the severe oppression trans people face, and why representations such as the one in the film only reinforce misunderstanding which leads to prejudice.
Article on Movieline.com that broke story: http://www.movieline.com/2010/03/after-criticism-from-glaad-and-others-ticked-off-trannies-director-plans-trailer-change.php

CONTACT: Ashley Love – Organizer of MAGNET- EMAIL: magnet_right_now@yahoo.com
Media Advocates Giving National Equality to Trans People (MAGNET) is an anti-defamation organization dedicated to educating the media about transsexual and transgender issues, as well as pushing for more authentic and positive portrayals of trans people in the media.
Posted by Ashley Love at 1:49 AM