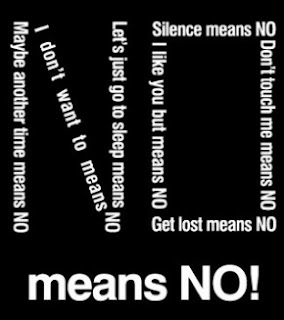 We are not all part of a contrived socio-political reservation stemmed from transgenderist ideology.

We are not legally, socially or definitely not genetically bound to abandon the medical and patient rights, science or affirming and understanding doctors who support our transsexual medical condition’s accurate narrative just because a group of individuals say so.

We will never tolerate segregation, and the law is on our side on that one. The segregationists/gender queer and cross dressing activists need not to co-opt us anymore, it's unethical and a violation of our rights for them to demand that we misgender ourselves into a third gender "anti-binary" rebellion. We simply are aligned with the binary, like a large percentage of the world.

Why would we pretend to be something we are not, or allow our medical condition to be fraudulently politicized for only the benefit of an outsider's conflicting agenda?

The ironic thing is that transgender theory opinionists are clever to call us "separatists", when the true, and even legal definition of the word ‘separatists’ is themselves, for they are the ones who are so militantly driving an ‘anti-gender binary flag’ in the ground and removing themselves from the gender binary, thus, separating themselves. If that’s their prerogative, we wish them well, but where the heck do they get off thinking it’s ethical, or even legal to enroll us in that gender-deconstructionism culture club as well?  Especially since that club mocks, misrepresents and misgenders our reality?!

When a woman says "no", she means "NO"! And when a male or "anti-gender binary agenda" continues to absorb her into his agenda without her consent, well, we all know what that is called: Assault

We are free to just live our lives as women and men, and reject other's invitation to serve as numbers in "checking a third box", which, factually, does not, never has or never will include us. We are women and men, period.
Posted by Ashley Love at 3:53 PM