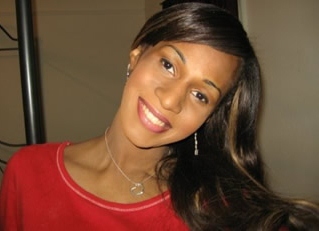 Trayvon Martin. Those two words got your attention.

But what about Victoria White? She was also a black youth murdered. Her case was also deprioritized because she was an ethnic minority. Why do people not rally for Justice For Victoria White like they would any other black slain youth?

It’s because she has a medical condition where she was born different.

She was born with transsexualism.

Ignorance. Fear. And then Violence. It’s an ongoing cycle.

Those who care about her life ask people to cast aside their uncomfortable feelings of people born different than themselves and just do what is right, especially those who work with racial justice organizations. Where in your bylaws does it say if a woman of color has a birth challenge that means she is disqualified from being a human being whose life mattered, and whose aide you could not support?

Today one of Victoria White's assailants was ruled "not guilty". White's family is "very disapointed with the verdict", as are many people in the transsexual, transgender and intersex communities. Yet where is the outrage from racial justice organizations?

But what hurts the most is when racial justice groups leave us out in the cold. Of course I am personally appreciative to for their great racial justice advocacy work. These same groups have had transsexual, transgender and intersex advocates collaborate with them, such as with the current Justice For Trayvon Martin movement. Yet even though some of us said yes to their requests to speak at racial justice [Trayvon Martin] rallies, do outreach and volunteer, when we picked up the phone months later to ask them to support the cause of a woman, Victoria White, whose life is being deemed valueless by society and the courts due to her race and birth challenge, they do not give us the same response we would have given them.

Black and Latina women, who happened to have born different, such as being born with transsexalism and/or intersex, are outcasted and left to fend for themselves by the very people who are sworn to serve and protect the people, and even from groups who champion essential human rights and protections for oppressed ethnic minorities. I’m not implying certain mainstream or local racial justice groups are transphobic , that would be too presumptuous of a statement. But I do hope whatever their reason is they could check it so we can focus on something that matters urgently right now: Justice For Victoria White! Justice For CeCe McDonald! Justice For Women born with transsexualism that are being misrepresented, marginalized, de-sexed, misgendered, bullied and segregated into a '3rd gender box' by fraudulent and transsexual-phobic organizations and disinformation campaigns! Justice within every racial justice group towards all members of the black and brown communities, even those born transsexual, transgender or intersex!

Please join in ensuring there is Justice for Victoria White, CeCe McDonald and all transsexual women of color in the country (especially in DC, Puerto Rico and New York it seems) who are repetitively assaulted not just by men, but by media outlets and in court rooms as well.