Arianna Huffington Takes a Stand Against the "demonizing and scapegoating" of the President by "irrational" People! 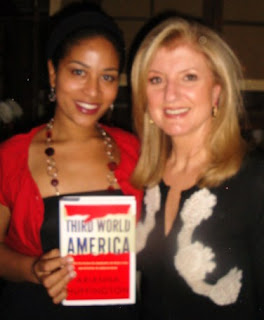 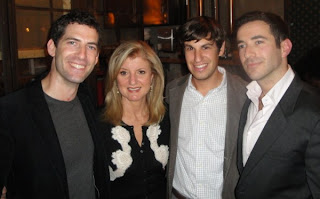 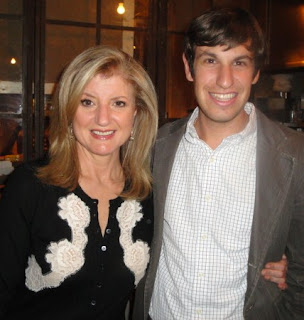 Last night I had the very inspirational experience of hearing Arianna Huffington speak at "The Little Idea" event, which is "an event series of short talks by speakers who present a new idea, and then mingle for drinks and conversation. Less program, more mixing."


Huffington was promoting her new book Third World America: How Our Politicians Are Abandoning the Middle Class and Betraying the American Dream , which talks about 'saving the economy and revitalizing politics.' Ari Berman also spoke about his new book Herding Donkeys: The Fight to Rebuild the Democratic Party and Reshape American Politics .

It was so refreshing and empowering to hear Arianna speak! I have been a big fan of hers for a long time. I used to live in southern California where she lives. This spring I started writing for her blog "The Huffington Post", where I write about issues pertaining to the transsexual, transgender and intersex communities. To see my articles on her website: http://www.huffingtonpost.com/ashley-love

When Arianna started talking about the "demonizing and scapegoating" of the president by "irrational" people, it really struck a chord with me. Like many LGBTTQI Americans, I have become very upset with many queer activists making all these personal attacks on the president, as if he is a dictator that can wave a magic wand and grant us all our wishes at once. Reality check: President Obama has to work with the courts, Congress and the people to create change (and those anti-LGBT equality Republicans are holding up equality, not the president!). To put all the blame on him when things are not moving fast enough is infantile, and suspect. It’s bad enough the racist Tea Party is slandering him, but for LGBT direct action groups to act just as crazy is dangerous. Yes, I understand and respect that we need to put pressure on the president and the government, but bullying and slandering him is extremely inappropriate and will create a backlash (and already has), which has been very divisive in our LGBT community, and is really alienating a lot of our non-trans straight allies, many Democrats and many African Americans. If the Democratic vote gets split, do we really want another 8 years of Bush and Ken Melhman types ruining this country again? The scary thing is there are lot of classist gay folks who only care about marriage equality, they don’t care about ENDA or many other issues that affect the less privileged part of the LGBT community, and they most certainly don’t care about rights for trans and intersex Americans. Some of them would not mind if a classist Republican got into office, because some gay and lesbian people believe in a hierarchy in the LGBT community, with rich white gay men at the top, and transsexual, transgender and intersex people at the bottom. These Animal Farm types don’t care about the epidemic of homeless LGBT youth, or hate crimes that happen to trans women of color every week, or trans health care rights, or many queer communities of color, or LGBT people who have low income, etc. We need President Obama to stay in office, or things will get worse for the majority of the LGBT community.

Arianna spoke about mobilizing in our communities, and in Chapter 5 in her new book she talks about solutions and taking action.

Last night, after Arianna spoke, I was able to mingle with a lot of other like minded folks. I have not felt so motivated in a long time. It was a big boost of energy to my spirit, and now I want to get more involved in politics. I love this country so much, and want to put actions behind my passion.
Posted by Ashley Love at 1:27 PM