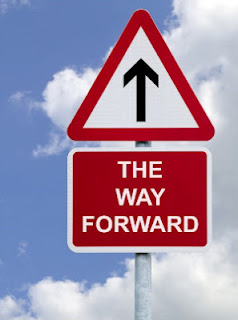 The Equal Employment Opportunity Commission's (EEOC) ruling on April 20th clearly states that discriminating against someone who was born in the wrong body and transitions sex is considered sex discrimination as per Title VII of the Civil Rights Act of 1964. Many people with transsexualism and allies have known this for decades, but some in the gender queer contingent have tried to get “transgender umbrella” rights covered under sexual orientation or “gender expression” categories, which is inaccurate and misgendering when it comes to people with transsexualism.


Though this is just an opinion ruling, it could have major impact on men and women being recognized legally as men and women under the federal law, and not as a third gender status that so many gender deconstructionism and transgenderism theory activists would seek to enroll non-consenting transsexuals into.

Many in the transgender political world weren’t too happy last December when U.S. Court of Appeals for the 11th Circuit refused to edit out the word “transsexual” from their ruling in favor of only transgender ideology, which enforces the erasure of transsexualism from education.

The 11th Circuit wrote, ''We conclude that a government agent violates the Equal Protection Clause's prohibition of sex-based discrimination when he or she fires a transgender or transsexual employee because of his or her gender non-conformity.''

Many transsexual advocates, doctors, lawyers and even scientists had contacted the U.S. Court of Appeals educating why it would be problematic and sexist to censor out the word transsexual just because national and state LGBT and Transgender groups misinform that it’s acceptable. It’s actually unacceptable. We are happy the U.S. Court of Appeals for the 11th Circuit agreed with us.

Moving forward, it will be important for there to be accurate and affirming education in place that clearly states that this law will not give transvestites or cross dressers the right to co-opt the meaning of this law. Men will not be able to use the women’s restrooms just because they are a transvestite and have a wig on. Now is the time to highlight and refute the crazy-making and dishonest groupings of women and men with transsexualism with people that are just dressing up for entertainment, fetishes or who seek to take advantage or appropriate the legal and medical rights of people with transsexualism.

Now more than ever we have to step forward and repeal laws that could misgender and marginalize us due to the social engineered and  anti-transsexual narrative campaign that many gender deconstructionism activits are pushing.