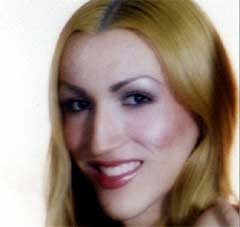 Today, July 20th, is the 8 year anniversary of the needless death of a 23 year old Latina woman of transsexual history named Victoria Arellano that occurred in 2007 at an immigration detention facility in San Pedro, California following weeks of sadistic neglect, transphobic male violence and torture.


First, although she was obviously a woman, the bigoted ICE officers inappropriately detained her in a male facility, even while knowing the inevitable danger this misplacement would subject Victoria (or any trans* woman) to - such as verbal abuse, trauma caused by misgendering, physical harassment and/or sexual assault. It became terrifyingly transparent that ICE employees felt above honoring human rights protections for inmates, and targeting Victoria or any trans* woman with trans-misogynistic violence was just business as usual.


Shortly after arriving she had disclosed to the center of her HIV health status and informed them of her specific prescription medicine (of which her life span was critically dependent on).


ICE officers responded to Victoria’s request for medicine by denying her access (even after learning it was lifesaving treatment) and confined her to a cold cell: …alone, scared about her now unsupported health condition, experiencing both physical and emotional agony, stripped (yet permanently innate) of her womanhood and humanity by the violent state that had undemocratically staged a trial, verdict and execution by two immigration  her, and fears of never seeing her family and loved ones...


For two whole months there were numerous opportunities for the immigration [concentration] camp to behave with human decency, but instead chose to enforce an informal ‘death sentence’ on an innocent young woman. It didn’t matter when Victoria cried out in excruciating pain, or after she visually shrunk in weight and energy, or even if she humbly knelt on the concrete to pleadingly implore her captors towards compassion – absolutely nothing would inspire those soulless henchmen to allow Victoria her cure, therefore forcibly placing her life at the mercy of the state – which in essence then sanctioned her unwarranted death, dare one say murder?