The Creating Change Conference Reinstilled My Hope & Faith In The LGBTTI Coalition; There's Still Work To Be Done 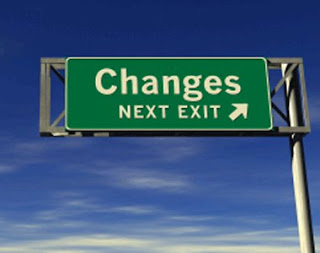 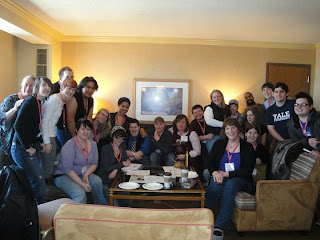 The Creating Change conference could not have come at a better time for me in my life. It was such an inspiring experience. I learned so much, made new friends and regained the hope that events in the month of January had brutally ripped from me.

Last month was quite a whirlwind for me personally. My faith was put to the test in such a way that made me question where I wanted to go in life, if my dreams were achievable, if I should take a different path and who my real friends were. Sinister forces used a public platform as a bully pulpit to engage in libelous and transsexual-phobic smear campaigns against many transsexual and intersex activists. I too was attacked by politicians who felt I was not submitting enough to the status quo and speaking out too much about inequality and transsexual-misogyny.

Since I refused to be a mute model for Equality Incorporated, and actually wanted a vote, I was punched out. As I layed there dazed and confused, I asked myself if the frustration and disappointments were worth it. I got back up and said “No, I will not lie down for your anti-transsexual agenda. I am WOMAN, hear me roar!”

As a woman who is very empathetic and maternal, it hurt me deeply that such dishonest and violent energies could be directed at women and men of transsexual and/or intersex experience who simply, and innocently, wanted accurate and compassionate representation. Some transgender, cross dresser and gender queer [gender variant] people in positions of power have censored the transsexual and intersex communities plight from having a proper seat at the table, and I feel many in the gay and lesbian elite were all too willing to allow the gay appropriation of our medical conditions to be reserved to a gender deconstructionist agenda against our will.

At the exact time that the TS/TG/IS communities should have been rallying together to demand ENDA be “alive”, when Gay Inc and its TG employees were saying “ENDA's dead”, a Gay Inc blog decided to pit us against each other. Therefore, instead of using those precious few weeks to mobilize, organize and speak out against the desired assassination of ENDA, a gay blog succeeded in casting the TS/TG/IS communities into a civil war. I found this to be the most treacherous of strategies, and proof that the colonization of TS/TG/IS issues by gay community can have disastrous results.

A part of me wanted to retreat from the bullying, lies and abuse and exit the online world. I had planned to delete my Facebook account and just focus on internal education with those who were not so resistant against the discussion of diversity in the TS/TG/IS communities. I love life too much to be the punching bag for those who are maliciously transsexual-phobic, and I know too much insider information and the real history of our communities to preach fake PC narratives. As a feminist and womanist, there was, and is no way I can allow my “masters” to dictate to me to pretend that certain misogynistic Virginia Prince ideologies (that still exist in some politics today) don’t objectify, sexualize and marginalize women of transsexual and/or intersex experience. And as a realist, I won’t co-sign certain pseudo gender theories and TG/cross dresser mandates that misgender, “other” and insensitively bulldoze over TS/IS people’s truth with such astounding hostility and selfishness. Finally, just because I am a femme woman I will not be type casted as an “opinion-less cheerleader” to only say “go team”. When many TS/IS women demonstrate free thinking and transsexual-feminism they get gang banged by the establishment.

Femme phobia is alive and crackin’!

TS/IS people’s unique needs are not being met, and there are some internal LGBTTI coalition conflicts that must be resolved if we are to truly gain harmony so we can move forward in authenticity.

Due to the love and comfort from my friends, and the understanding from many in the transsexual and intersex communities, and allies, I decided not to delete my Facebook account, yet opted for a Terms Of Service for my page and blog, which included rules against cyber bullying and transsexual-phobic rants from commenters.

I was invited to go to Creating Change from a longtime friend, Rea Carey. I met her years ago when I lived In LA, around the same time I started doing activism. She is the executive director of the Task Force, which organized the conference. In 2007, when Barney Frank and HRC removed protections for transsexual and transgender people in ENDA, the Task Force took a stand against this exclusion and helped create “United ENDA”, which many organizations signed onto, including MAGNET. For me, it was heart wrenching for only months after becoming involved in the LGBTTI community movement to see the harsh reality that TS/TG/IS issues get thrown under the bus by some in the Gay Elite. It was reassuring when the Task Force said “No, HRC and Barney Frank, we won’t move anywhere without our TS/TG brothers and sisters!”

I chose to go to Creating Change because my intuition told me that many answers awaited me. I trusted that not all people in the LGBTTI coalition were reluctant to hearing the valid concerns TS/IS people had about their medical legitimacy being dismissed, and the misgendering, objectifying and self-alienating ideologies that some transgender and cross dresser politicians miseducate about *all* of us. What is true for someone may not be true for someone else, which is why we must not wipe out individuality for the sake of “what’s easy”.

I did a lot of soul searching and praying last month when others publicly misunderstood my pure intentions. And though I could have had every reason to follow those in the transsexual community who are fed up with the LGB and TG communities and want to succeed completely, my intuition told me there had to be some compassionate, rational and understanding allies in the LGB and TG communities who cared about the legitimate plea of many TS/IS Americans.

So I went to the conference. There was so much love, positive energy and family there. I was sad that it had to end. I wish I had started going to this conference years ago. And all the hope that was taken from me last month was reinstalled in me times three by all the amazing people I spent time with!

I worked 14 hours days the entire conference! It was exhausting and energizing at the same time, an unusual combo! I barely got any sleep! From workshops, sessions, panels and lectures all day, to events, parties, meeting and networking in the evening. It was such a productive time. The one on one discussions I had were the most rewarding to me, and the truth is, most people in the LGBTTI coalition that I personally know are not a part of the angry mob that is hell bent on dismissing, misrepresenting and vilifying the honest concerns that many TS/IS Americans have about their narrative and medical realities being devalued and misunderstood in the newer transgender sociopolitical expression. Transsexual and intersex people have a birth challenge and/or medical condition; whereas transgender/gender queer and cross dressing people have a gender identity issue. We all deserve civil rights, but to erase the TS/IS narrative in the name of “politics” is tyranny and oppression. I know there is a way we can be all be allies of each other without disrespecting each other’s truths. We are equal, but different.

In the week ahead I will write a few blogs on my experience at Creating Change. I feel so blessed to have been able to attend. If there was ever a doubt that the transsexual and intersex communities have no place in the LGB and transgender coalition, this experience inspired me to believe that change is arising, and many people do get the frustration many transsexual and intersex people are rightfully feeling in the coalition, and are wanting and willing to take action with us to ensure we too have a proper seat at the LGBTTI coalition table.

Apart from the educational blossoms that the conference unfolded, and seeing and spending time with old friends and associates, it really was a treat to make new friends and co-activist buddies. The best part of activism to me is the personal friendships I make. I don’t really have a nurturing and attentive family; I had to give up many of them when I decided to allow my natural birth condition to manifest its destiny. I love nothing more than spending time with my activist family. I love my LGBTTI family so much; they are pretty much my soul family, apart from my other long time friends. My heart is really in my activism, which is why it hurts so much when I feel the transsexual and intersex portion of the coalition is disrespected. I was in California during the Prop 8 drama, and fought with the gay and lesbian community for their rights, even though Prop 8 did not affect me and my boyfriend from having the right to marry. Yet I fought not just because I have many loved ones who are gay or lesbian, but because it was the right thing to do. TS/IS people would like the same regard from the LGB community. In some respects we are all we have; we have to look out for each other. Believe it or not, I don’t enjoy calling out some people in the coalition on their irresponsible and hurtful treatment and decisions in regards to the TS/IS community. But since my heart is in this, I can’t pretend everything is picture perfect just because people say “Ashley, we don’t like the “new radical you”, we miss the happy go lucky Ashley that smiles”. Well, I’m not a model; I just don’t smile all day. And just because I am assertive and an TS/TG/IS activist, does not mean I am not the same person from before. Or perhaps I am more aware...

It’s just things are very time sensitive now, and we have to wake up, and fast. TS/IS Americans also want a piece of the equality pie, and I would hope the LGB and TG communities would help us with our goals…and in an equal level to which their goals are pursued.

I can’t wait until Creating Change next year, but until then, I look forward to creating change every day, and trying to be more forgiving of entities that have not been as understanding or responsible to the TS/IS communities as they should have been. I also have made a commitment to be more sensitive to communities other than my own. I am so happy I got my hope back, and I feel there will be more sunshine in my future writings, though of course a few topics will still have to be addressed first. But I really do see that this coalition/family does have a chance to have true harmony. Big hugs to everyone who went to Creating Change, my Facebook friends and the ‘Trans Forming Media’ readers. Love, Ashley