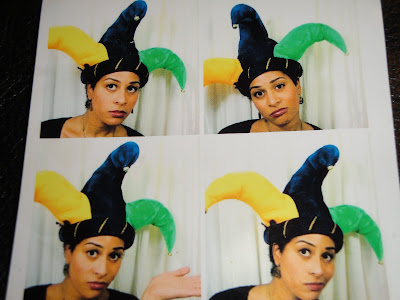 An open letter to everyone who uses the anti-transsexual woman slur “tra**y”, to the jerk who called my friend a tra**y when she went on the bus to go to work and ruined her day, to the non-trans straight girl who called a girl she didn’t like a “tra**y” to imply she was ugly, to the hate crime assailant who called his trans victim a tra**y as he bashed her near to death, to the gay man who called his friend a “stupid tra**y” because he spilled his drink on him, to the transphobic gay man who called an effeminate gay man a tra**y because he thought masculine acting gay men were somehow “better” than feminine acting gay men, to the gay male director who sought to exploit trans women and put the pejorative in the title of his film, to the late night talk show hosts who make fun of trans women on TV and use the T word, but actually used to be in love with a trans woman behind the scenes, to the radical feminist lesbian who helps plan the Michigan Music Festival and was quoted as saying “no fucking tra**ys allowed”, to the gay male drag queens who perform “trans face” and say the T word 20 times a night to make their gay audience laugh at the thought of real trans women being taken seriously, to the trans woman who performs campy burlesque and uses the T word in her act because she get paid to be the butt of her own jokes, to the fetishist and cross dressers who say the T Word to objectify the medical condition transsexualism, to the Village Voice flamboyant gay male journalists who don’t know the difference between drag queens and transsexual woman and are clueless as to why the T word hurts, to pop culture that has morphed the T word into a punch line that dehumanizes trans people, to the people who call trans people the T word to mis-gender them, to all the gay men and their girlfriends who think it’s “cool” and hip to say the T word,to the mean people who use the tra**y as an insult, to the actresses who think it’s okay to say the T word because their gay agent said its acceptable and their publicist said it would give them free press, to the gay male editors of trashy blogs who exploit this issue and think they have the authority to tell trans women to “lighten up” for protesting hate speech, to the trans people who have such low self-esteem that they accept the T word has a fake form of endearment:

OK, you’re right, I give up, I’m just a “tra**y”: subhuman, joke, object. I should just accept that you find my medical condition so uncomprehendable that you fear it. Sorry that I had the audacity to think the trans community could integrate their humanity into mainstream society and bring awareness to the stigma and harm that the T word inspires. I now accept that my birth challenge is nothing more than a punch line for non-trans people to make hateful pejoratives out of and then bully me when I cry out for understanding and respect. I will now resign myself to my cave that your hate, misogyny and transphobia has banished me to. It was silly of me to think that tra**ys deserved anything but marginalization, depression and crumbs. I guess if the LGB portion of the LGBTI community says the T word is okay, then where do transsexual and intersex people get off on wanting to speak for themselves? I promise not to speak anymore until spoken to. Your brutality, selfishness and insensitivity has beaten me, there is no more energy in my spirit to fight. I am moving back to the forest where I don’t have to put up with your bullshit reasons of why trans people have to accept this abuse. If you need a tra**y to hop around on your stage like a clown working for peanuts, you can find me in the leper colony where the tra**ys have been quarantined to. Goodbye, and good riddens, tra**y out.
Posted by Ashley Love at 10:38 AM