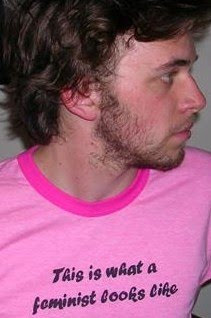 FYI: Men can be feminists too 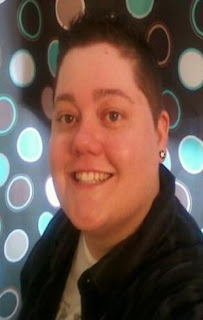 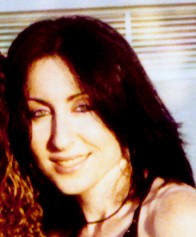 There is a trend where some trans men are fighting to reclaim a hurtful perjorative that has always been used to dehumanize and misgender trans women, not men.

Bianca Lynne, a transgender woman and advocate for the human rights of trans people, responds to trans guys supposedly “reclaiming” the T word: “For trans-male spectrum folks to "reclaim" the word over the objections of people who are actually called the word seems more like appropriation. I've never ever heard trans men called "tranny" - except among themselves and by their partners. Even so, when the term is used by cis people, it is mostly used against trans-female spectrum people or to tell cis women they look ridiculous ...- like a man in a dress trying too hard.”

A trans man named Nathaniel Joseph from San Francisco speaks out against his trans brothers appropriating the anti-transsexual slur “tra**y” because the slur originated as a misogynistic way to mock and degrade trans women. He explains:

“I was confused about the use of the word at first. As a Northern California transman I do hear it thrown around in the younger brothers of my community. It never felt right to me, but at first I thought 'they are trying to reclaim the word and take the power out it as a pejorative.' I still refused to use it and thought I needed to respect others wishes to use it for themselves. However, after several ladies so passionately, and respectfully, explained its implications, history and pain it causes them I do not allow it to be said in my presence without a rebuttal.
It seems to me that it falls in line with some of the same misogyny some transmen spew. I rebut that as well. It sickens me as a transman, assigned female at birth and socialized as such, that some of my brothers are so callous and apathetic towards women's issues, causes and lives. Did they forget what it is like to walk through this world as female? It is not acceptable for cis males to act in such regard towards women, but when transmen do it it's deeply disheartening and causes more anger in me. Perhaps it's their desire to be like the cis males in our society, but whatever reasoning they have it's not acceptable!!! I have no tolerance for such transmen, and perhaps I hold them to a higher standard because our birth condition, but nonetheless it is ignorant and disgusting to see them throw women, especially our sisters in the community, under the bus to be treated with disdain, disrespect and violence.
It has been hard having my former community (LGB) turn its back on me and to see the hatred and appropriation they have for us. Nevertheless, I refuse to allow myself to mingle with anyone who treats others with malice and disdain. I am a transman, but I do not agree with anyone who treat human beings with such indignity, my trans brothers and former LGB community included. It is so disheartening that there is so much in-fighting within our own community. I refuse to be anyone's brother, regardless of our transmaleness, that is so quick to degrade women (especially our sisters).
So, thank you ladies for speaking your truth and eloquently explaining your stance and feelings on the matter. This brother stands with you, respects you and will fight alongside you to end misogyny against all women”- Nathaniel Jospeh (now this is the type of man I dream of- a feminist!)

I must agree with both Nathaniel's plea to his trans brothers to respect their trans sisters, and with Bianca’s comment as well: “For trans-male spectrum folks to "reclaim" the word over the objections of people who are actually called the word (women) seems more like appropriation”.

Exactly. Right now there is a crisis of non-trans people making the term a "dehumanizing icky put down slur". Also, the term was first made as a slur against transsexual women--it’s not for trans men to "reclaim". I oppose men (trans or cis gay men) using the term as a "campy comical pet name for each other”. The term started off as a way to objectify, sexualize, mis-gender, "other" and degrade trans women, especially in porn, on TV shows, and in sensational print media. It’s irresponsible for trans men to appropriate a term that has so much hurt and abuse against women. Also, trans people are not in the same place as lesbian people are concerning human rights/acceptance/positive visibility/understanding from society to be able to reclaim such a dehumanizing pejorative like some lesbian women have with “d*ke”. All the term tra**y does is give every bigot and transphobe an excusable way to vent their transphobia and hate by using the word. I think it’s unfair that a small subculture in San Fran of gender queer and FTM transgender people get to appropriate a word that is really alienating women. This trend has no respect for the women the term is generally thrown at like stones. The slur is associated with violence and hate. Many rap stars use the N word "affectionately", but you would never hear Rev Al Sharpton or Oprah telling the Black community "some people use it affectionately, lets respect that". Likewise, we are at a tipping point of a trans human rights movement here, we must be careful to not encourage the dehumanization of our community by following the few who irresponsibly use that word. Hell no, this is a chance for us to rise up and educate society, not a time to allow those in the trans community who accept segregation, misgendering, crumbs and "pet names" to tell us to "lighten up". We have a chance here to combat unhealthy stigma- and hopefully the majority of trans people will consider the bigger picture, and not follow the few drag queens or the few gender queer FTM guys who obsess over the words “coolness and hipness”. Accepting bigot’s hate words for us is not “cool or affectionate”
Posted by Ashley Love at 4:20 PM